These homemade pizza snack bites are an easy and delicious appetizer to serve at your next party. 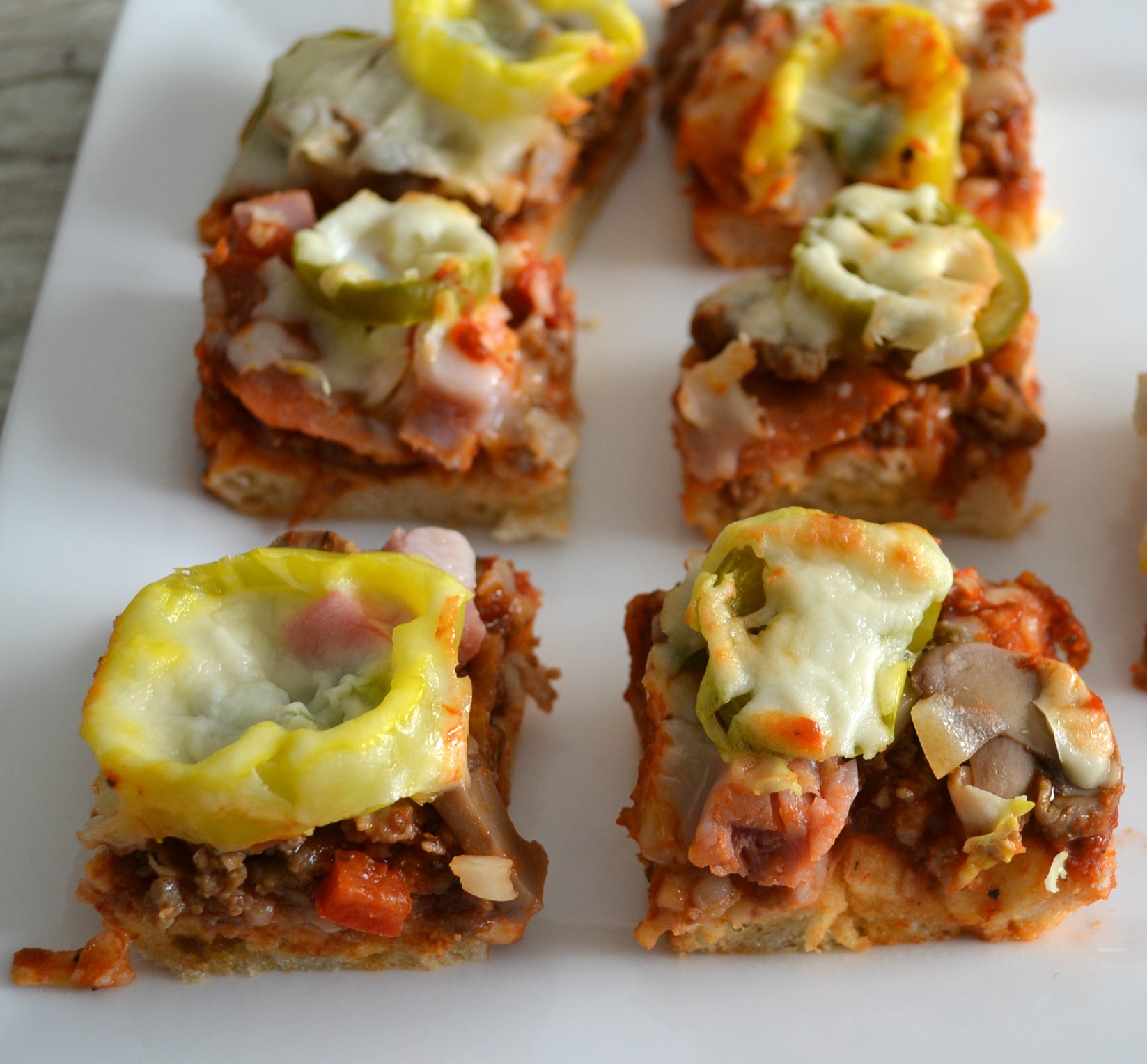 My husband loves homemade pizza, but since it usually takes a lot of time to prep all of the ingredients, I always prefer to just buy one.  We were watching football games last weekend and he said he would love to have a homemade pizza.  I did have all of the necessary ingredients so I gave in and made one.  I did not make a crust from scratch but, used a package that I had in my pantry and it worked out so well.

I used a smaller baking pan and create more of a pan style pizza. 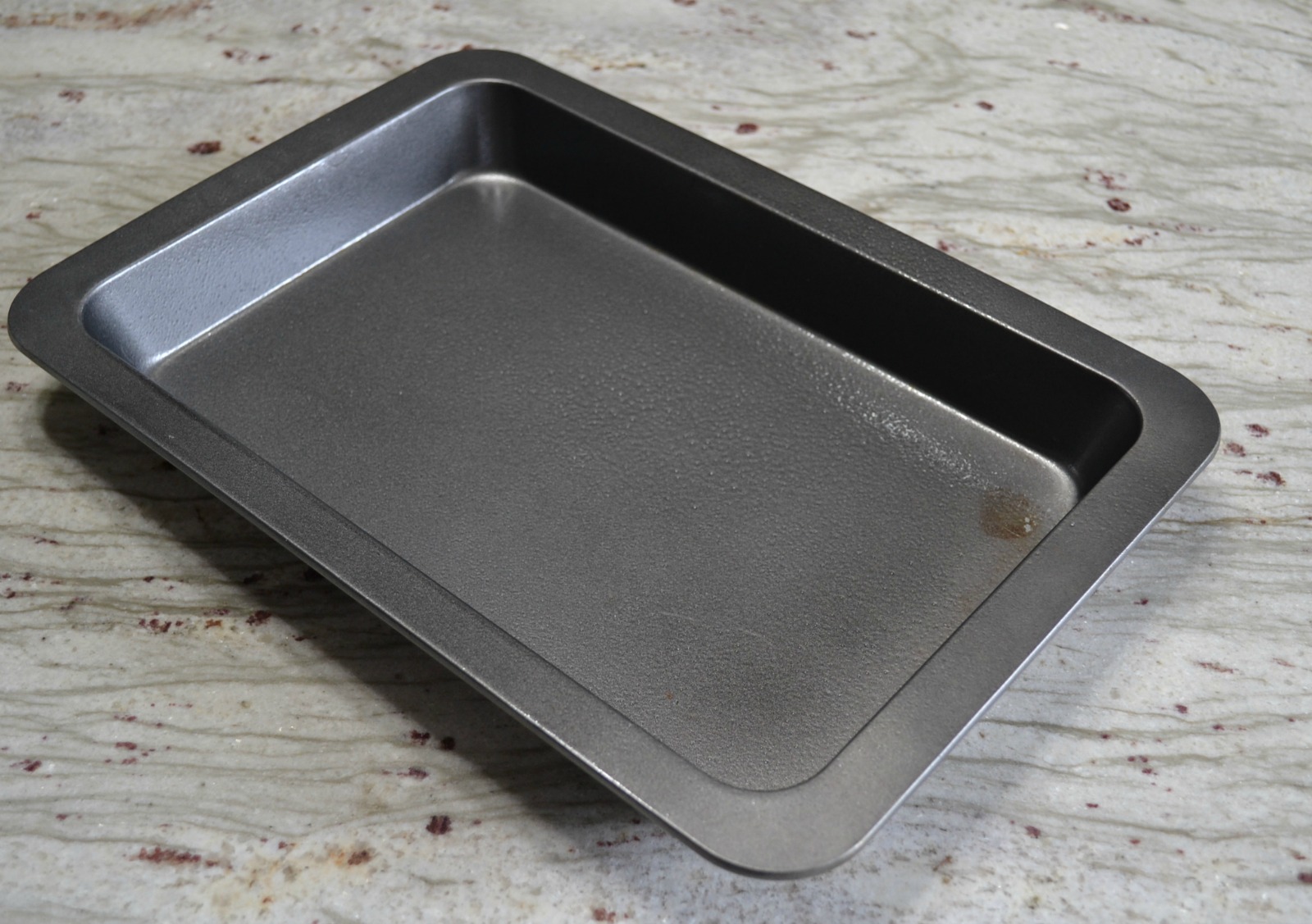 I used a brownie pan that  measures 7 x 11 inches. 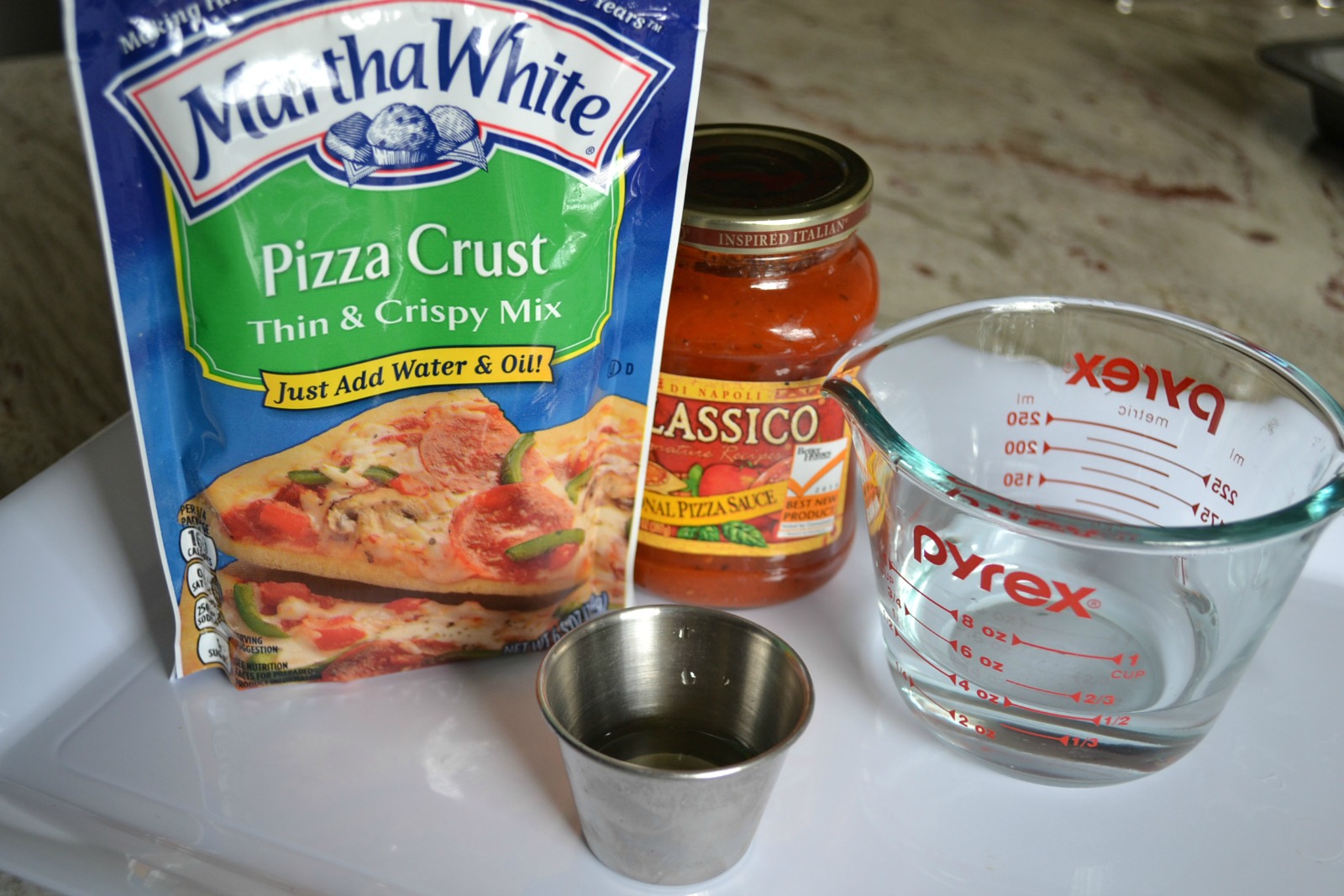 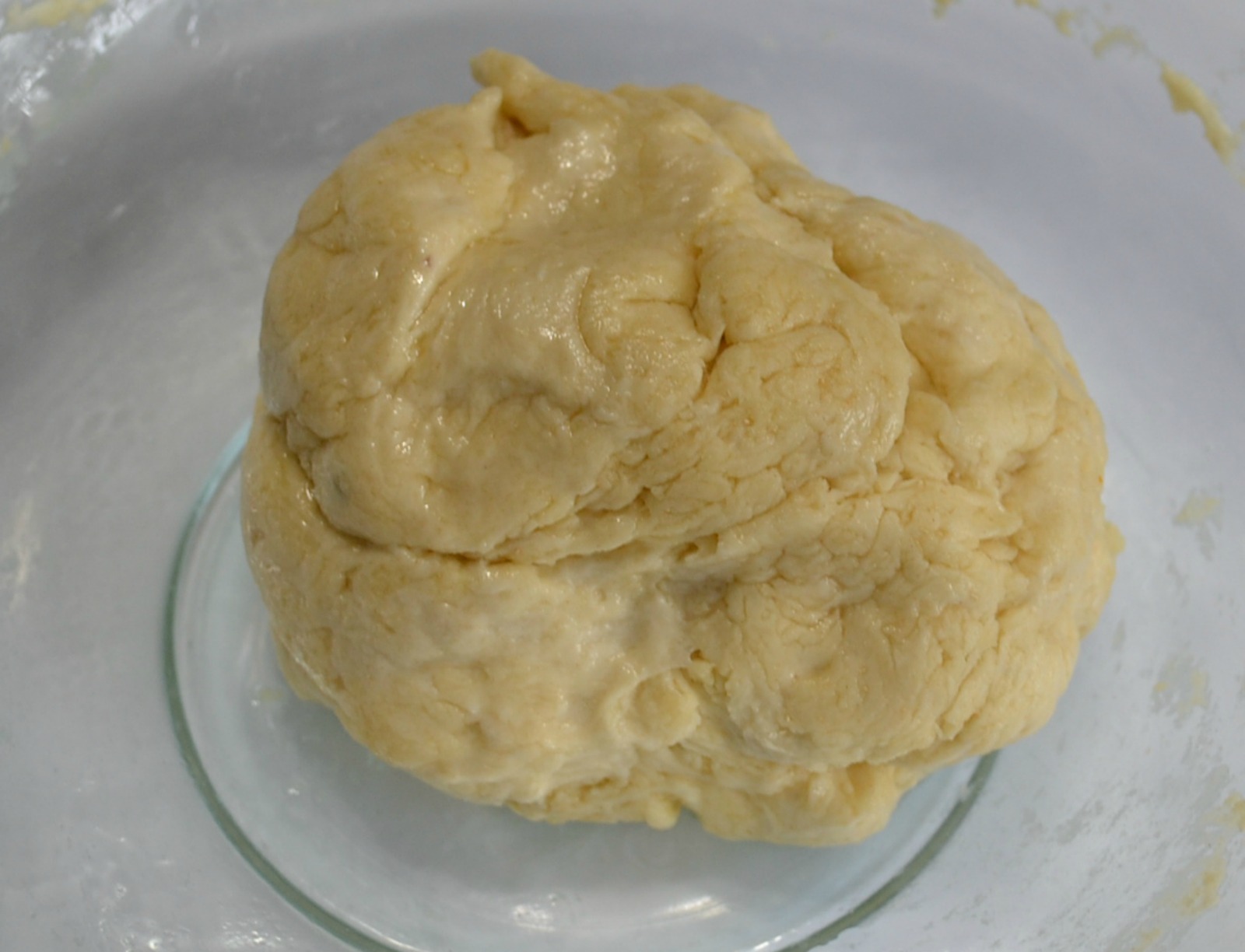 I mixed up the crust per directions on the package and let it rise. I did sprinkle about 1/4 teaspoon of garlic salt in dough. 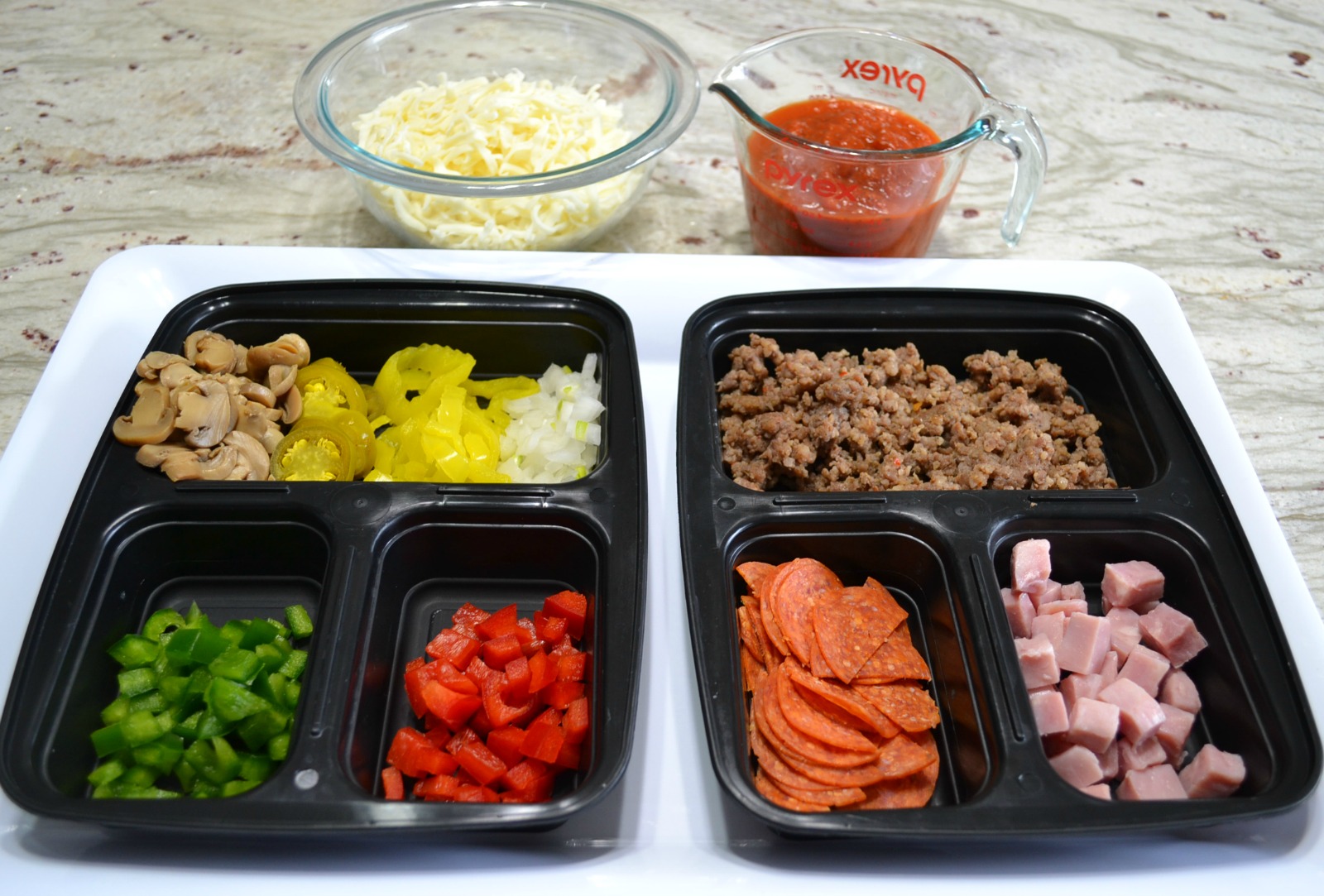 Prep your meats and veggies during this time.  I usually add broccoli but forgot to do it this time. 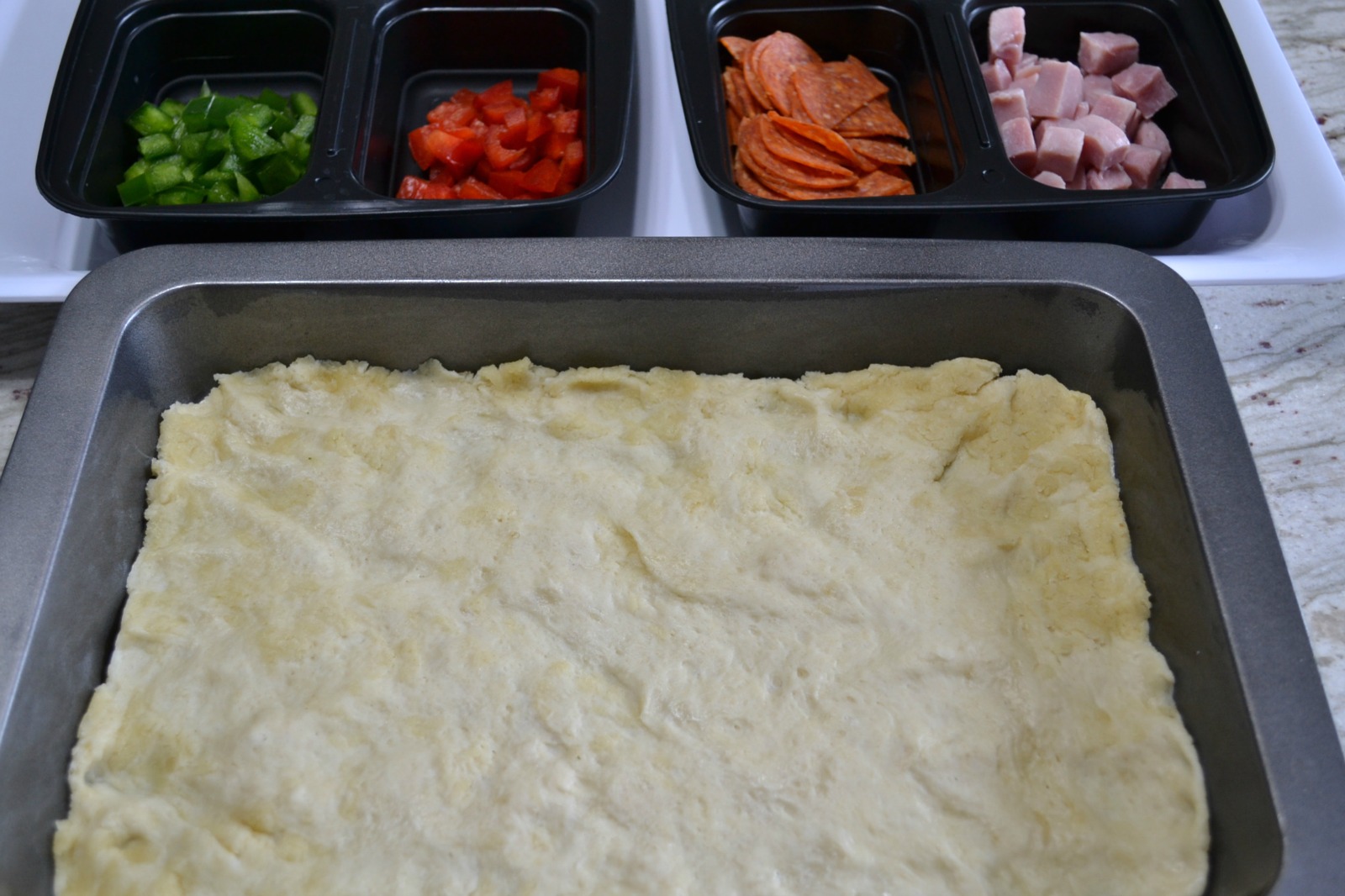 Lightly spray pan with no stick cooking spray. Spread the crust in pan, using your fingertips, and bake 6 minutes. Remove from the oven. 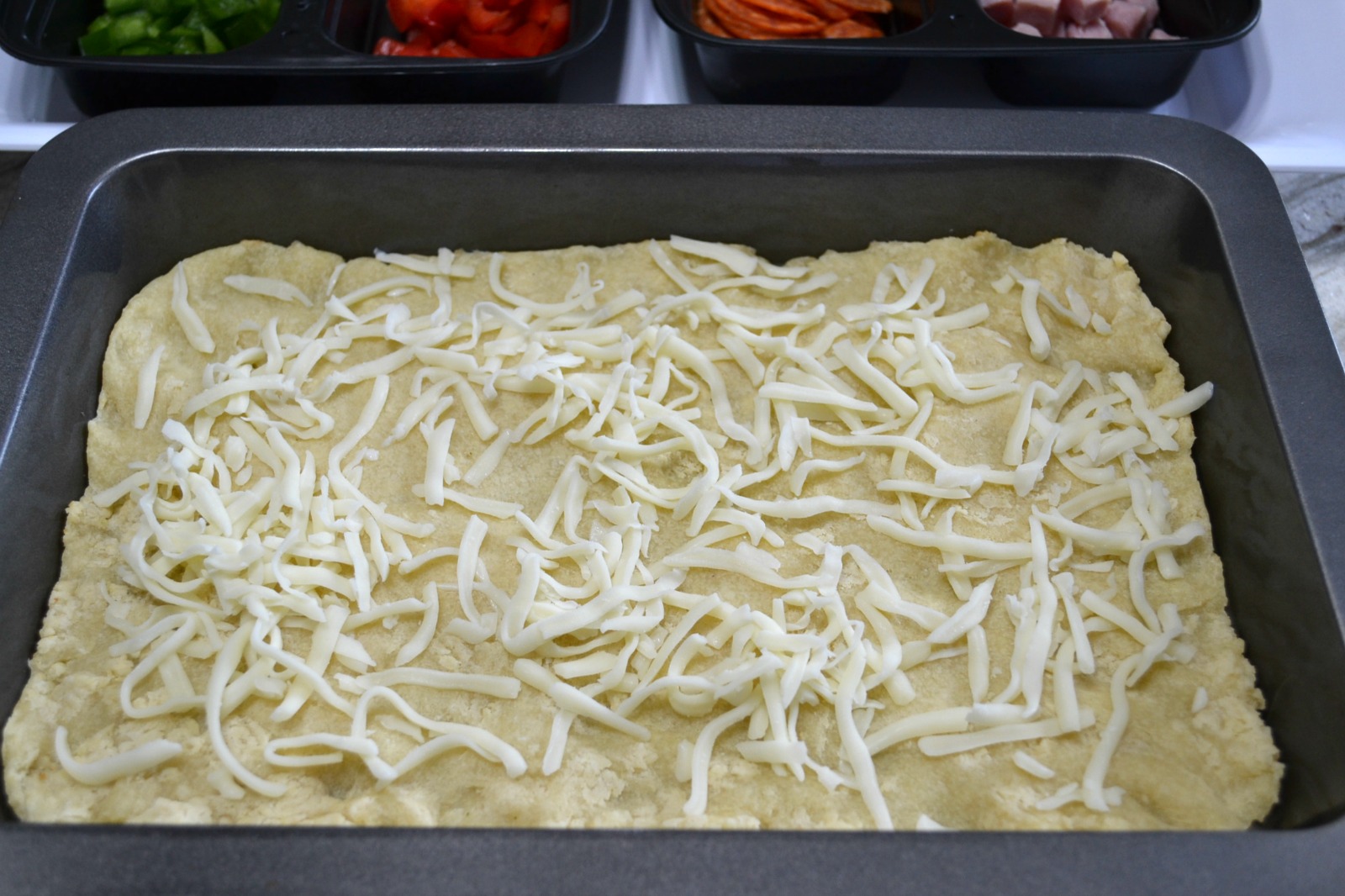 Sprinkle about one third of the cheese over crust.

Spread the jar of pizza sauce over crust. 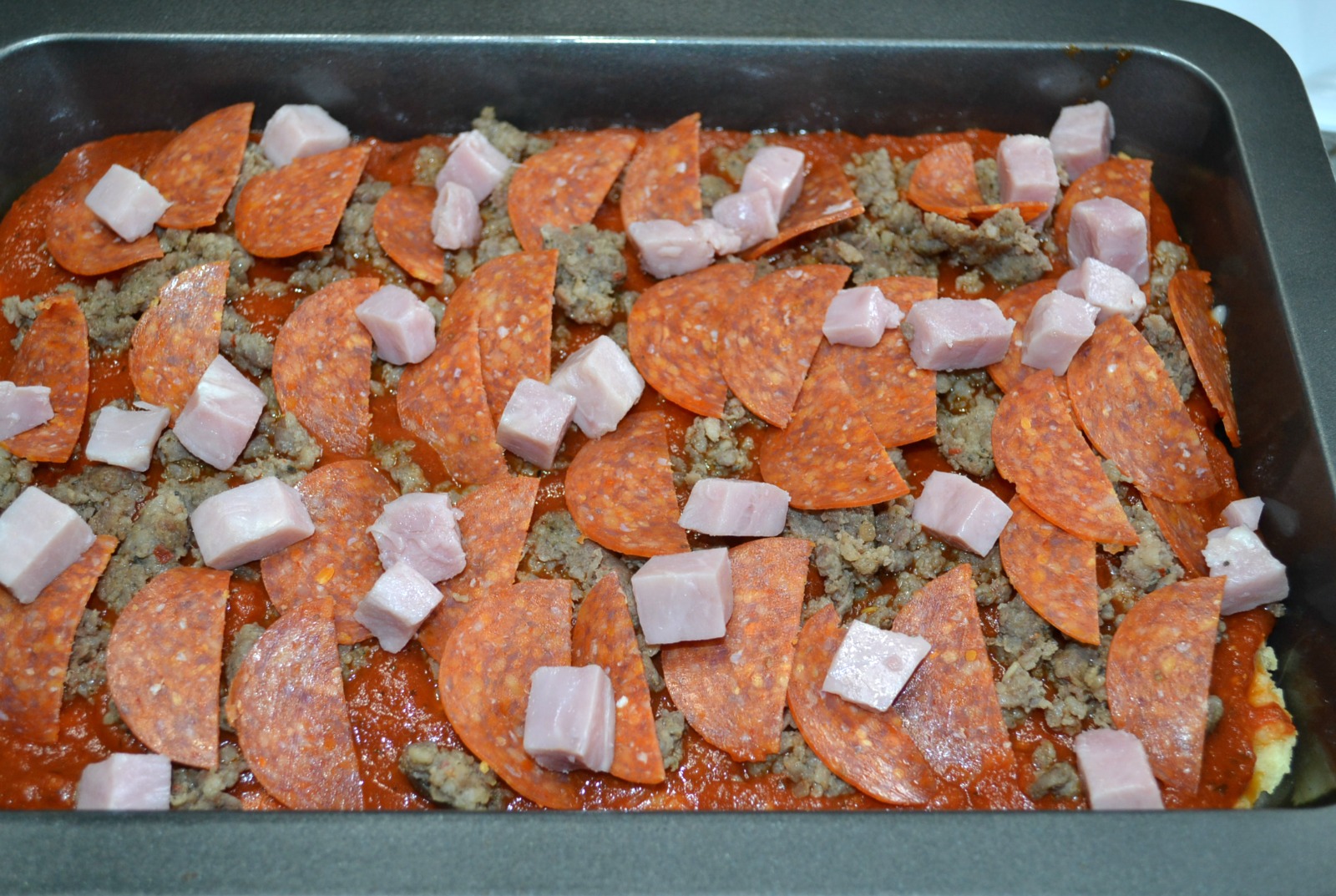 Top with meats and then one third of cheese. 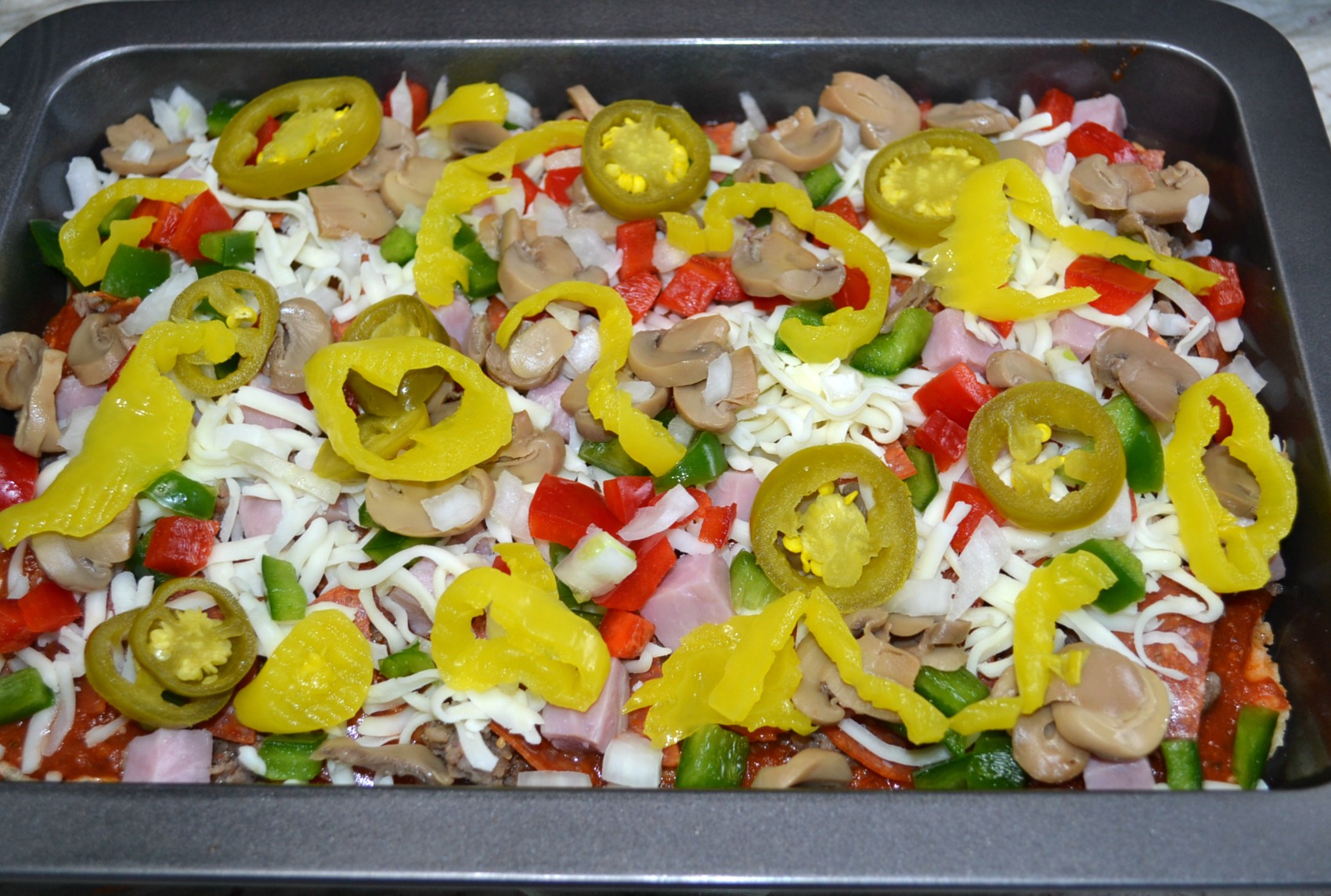 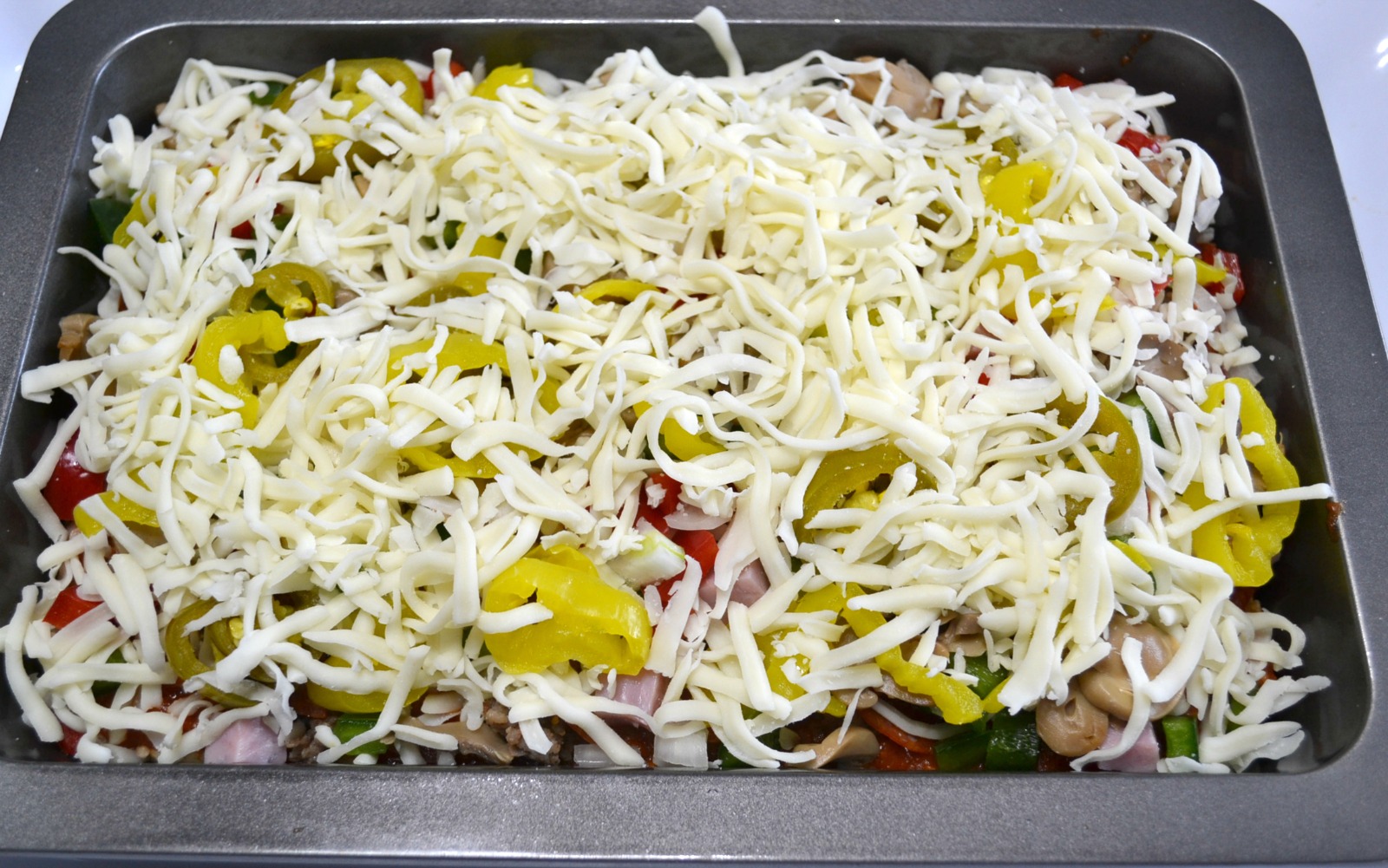 Add vegetables and the remaining cheese.

Bake another 12-15 minutes or until cheese is melted and the crust is light golden brown.  Remove from oven to a cooling rack.

You can cut the pizza into squares at this point or allow it to cool. I allowed mine to cool for several hours, then carefully removed it from the pan to a cutting board. 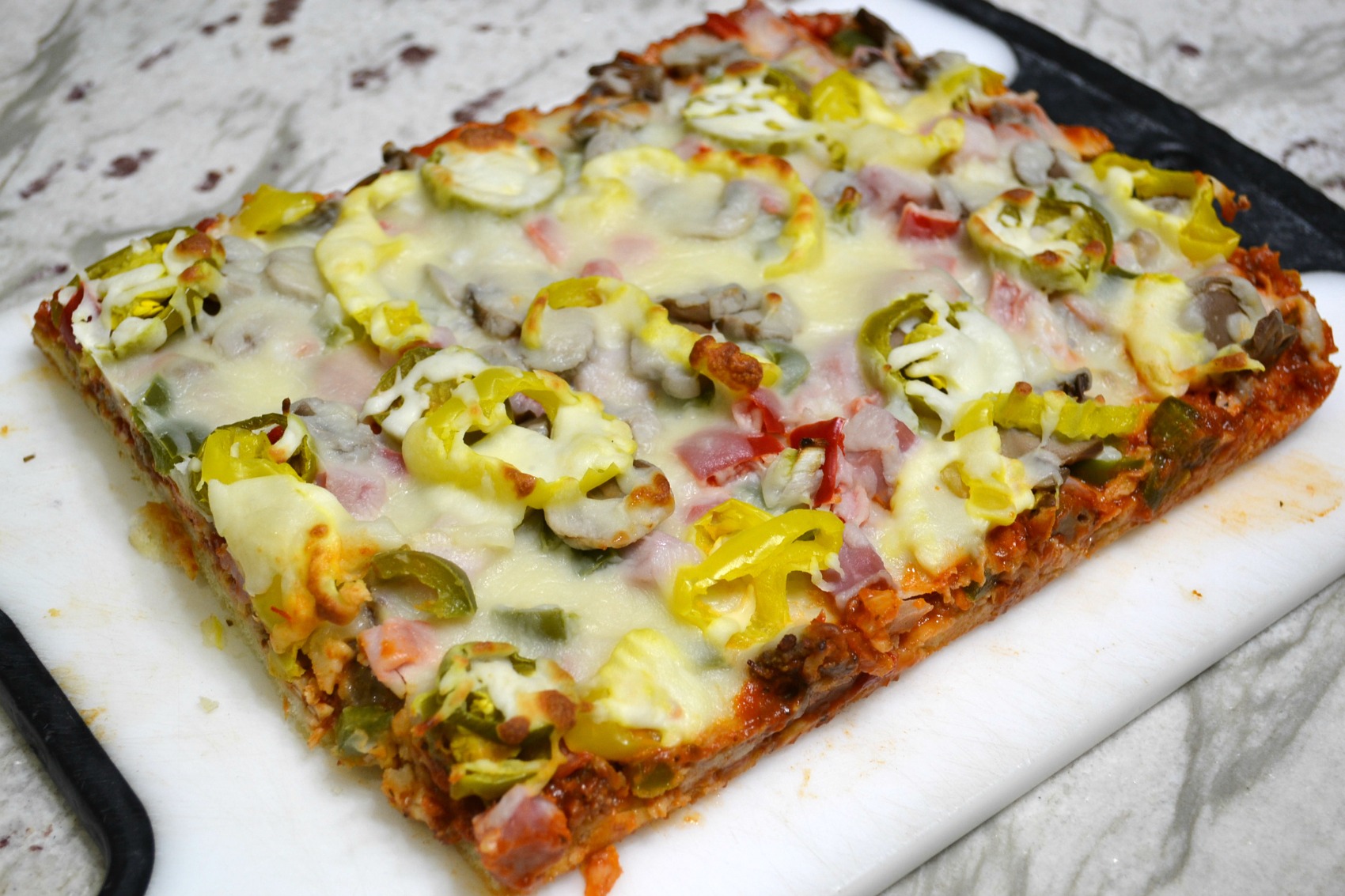 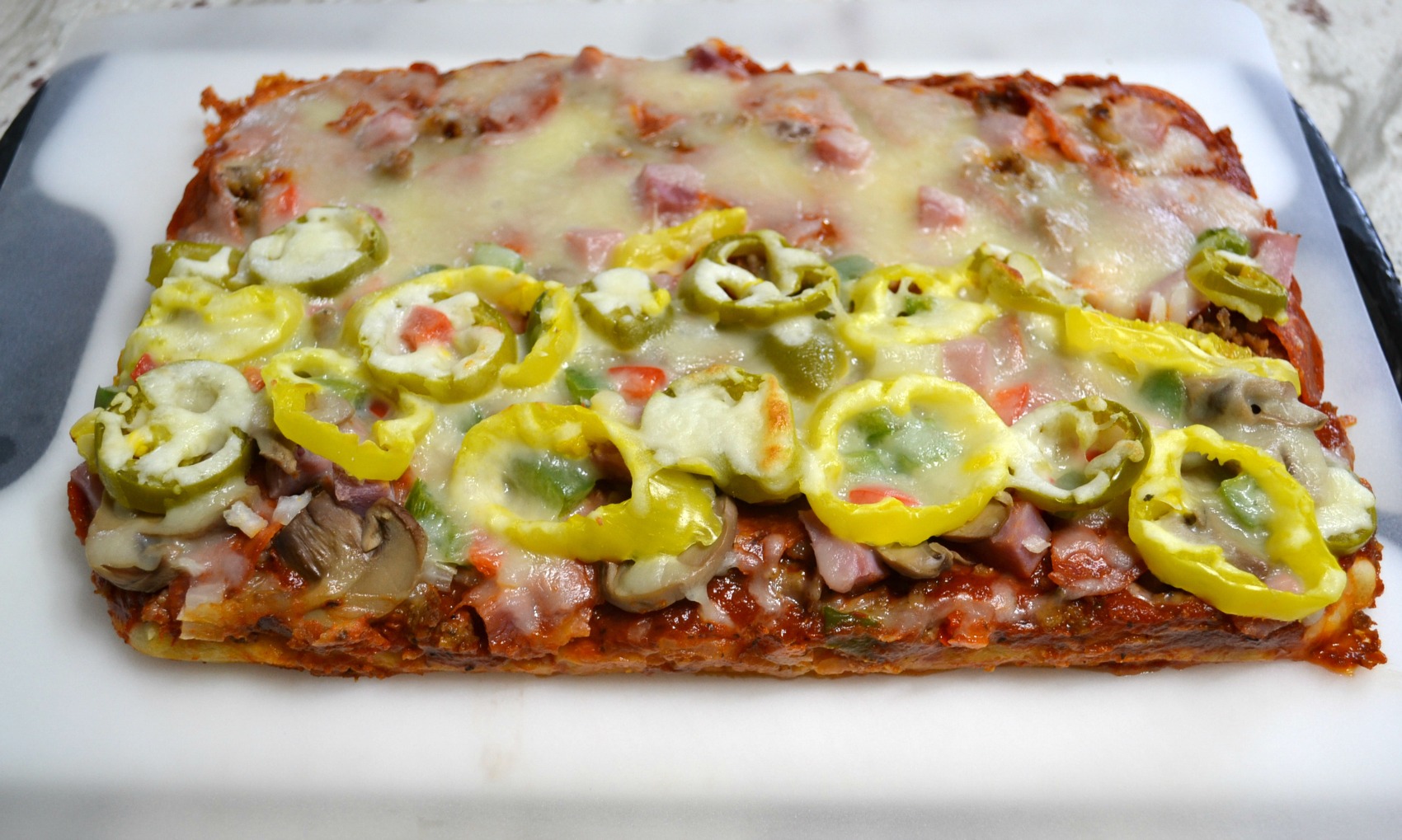 On the 2nd pizza, the granddaughters did only meats and cheese on half of it.

Cut into 1 or 2 inch squares to serve as appetizers.

We ate the leftovers  the next day and they even tasted better.  My grandchildren made these homemade pizza snack bites with me one day and had so much fun.  The teenagers are now going to make this recipe when they have a party.