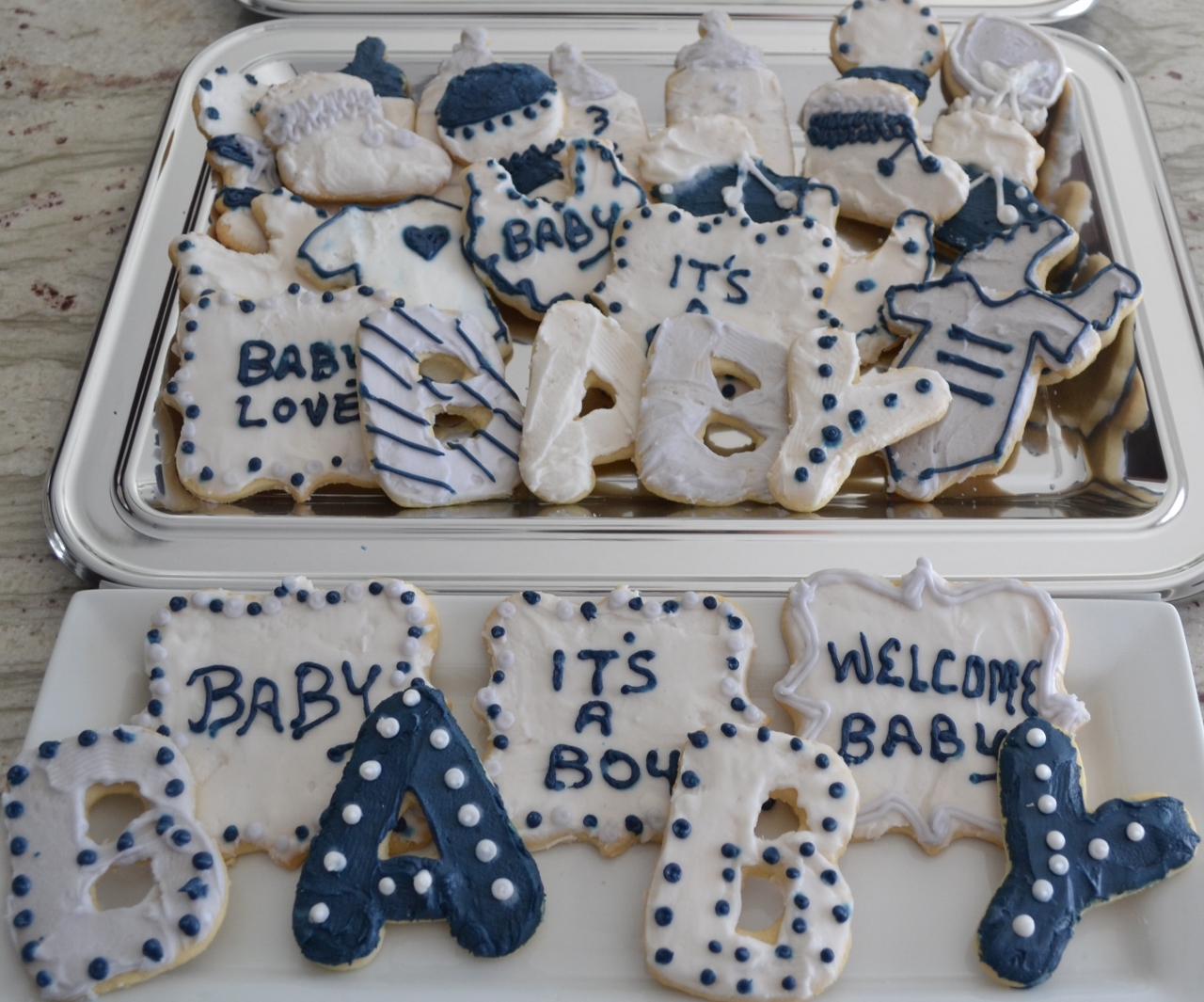 I believe that everyone will agree the baby showers of today are nothing like what we had with our children.  They were hosted by a close friend or family member and consisted of serving cake, punch, and finger foods; playing games, and opening gifts.  Men did not attend the showers.

It is common now for the expectant parents to both attend a cook-out or dinner to celebrate the shower.

I found a picture  on Pinterest from a shower that even included a baby  daddy cake.  (**Pinned by Linda Bibbo from her daughter’s shower) 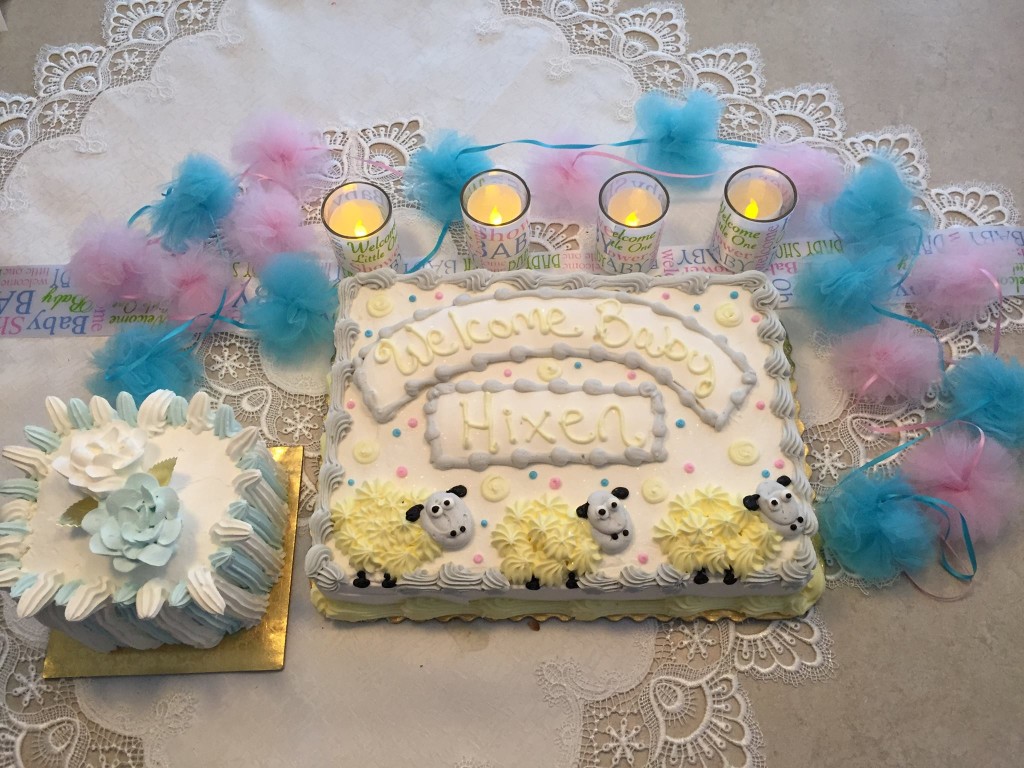 There are new terms used in association with the baby shower of today….

Shower — the event when being held for a first baby

Sprinkle — the event when being held for subsequent babies

Gender Reveal Party — a newer kind of party where the gender of the baby will be revealed to the parents in a fun, creative way.  If the parents know, they will let friends and family in on the secret.

There are so many ideas on Pinterest and different blog sites on themes for baby showers and ideas on the above events.

I have also read that GRANDPARENT SHOWERS are a new trend.  My first thought was that this would be wonderful and a lot of fun for the first time grandparents.  I did a lot of research on it and was surprised to see that most new mothers did not like this idea.  The negative comments were that they felt the attention was taken away from them.  There seemed to be an even bigger problem if the shower was given for her mother-in-law.  In one case, the grandmother had used the registry from the mother and it caused a lot of confusion for guests.  A better option was when a few close friends of the grandmother-to- be took her to lunch and presented a few gifts.

The gifts from baby showers that were given to me “back in the old days” consisted of diapers, wipes, clothes, toys, and  bottles.  Larger items came  from family or when several people went together on the gift.  We did not register for gifts and gift cards did not exist.  At a recent shower I attended, the mother had registered on Amazon for her shower.  I thought this was a great option for her guests.  They could shop from home, have it delivered if necessary and the items instantly came off the list as they were purchased.

Modern day showers do include the above gifts, gift cards, and gifts I did not even know existed.  I am always amazed at a shower at the new things parents get.  Some fun things I saw at recent showers were a baby bean bag, a yellow ducky that shows the temperature of bath water, and a closer collar bib. (the 3 following pictures are from Amazon website) 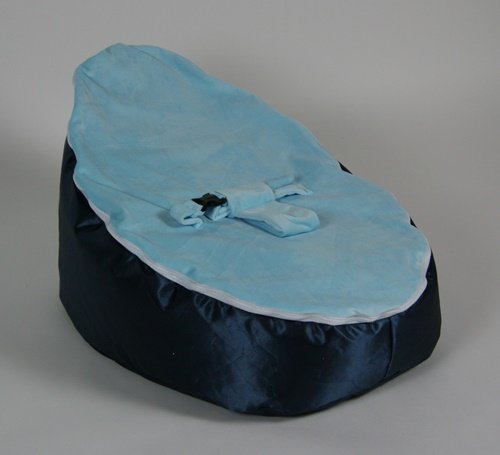 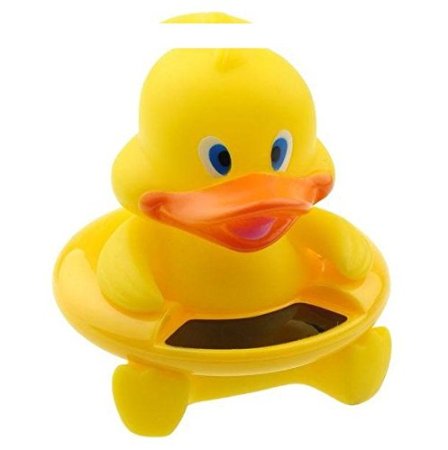 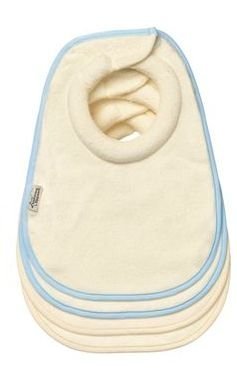 Themes for a baby shower are unlimited and so much more creative.  Here are some random pictures of ones that I have attended.

A good friend of my daughter gave her shower at the courtyard of a historic hotel we have in our town.  The event was held in a large tent with lunch being served, cake, and a dessert bar with homemade treats. 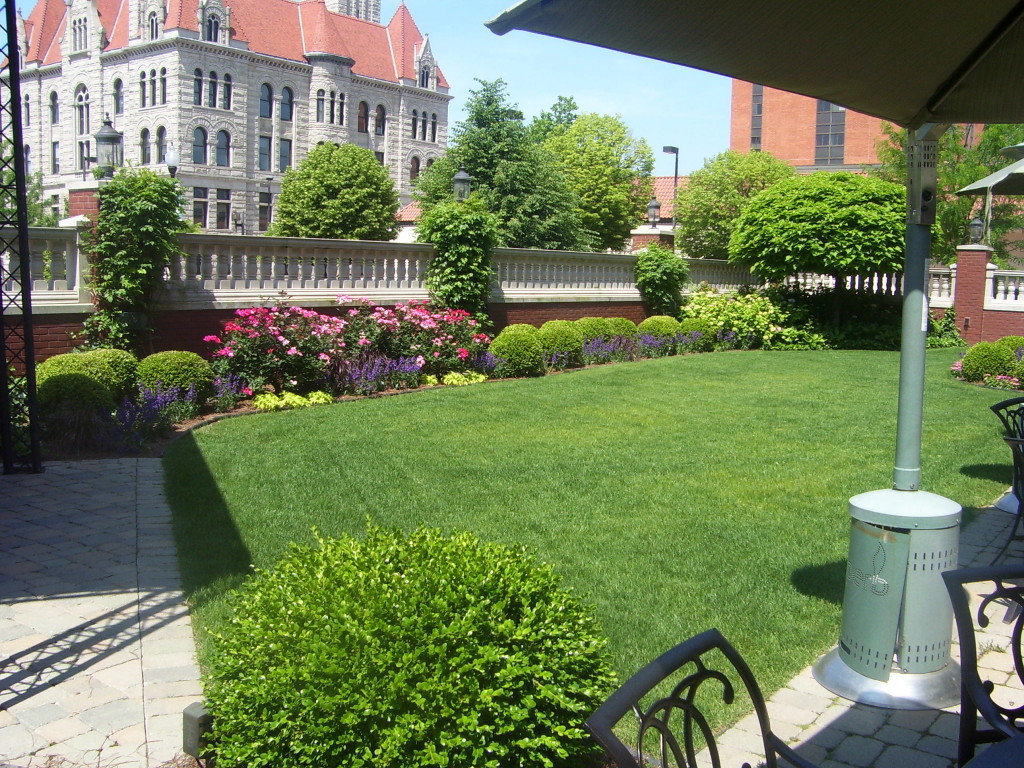 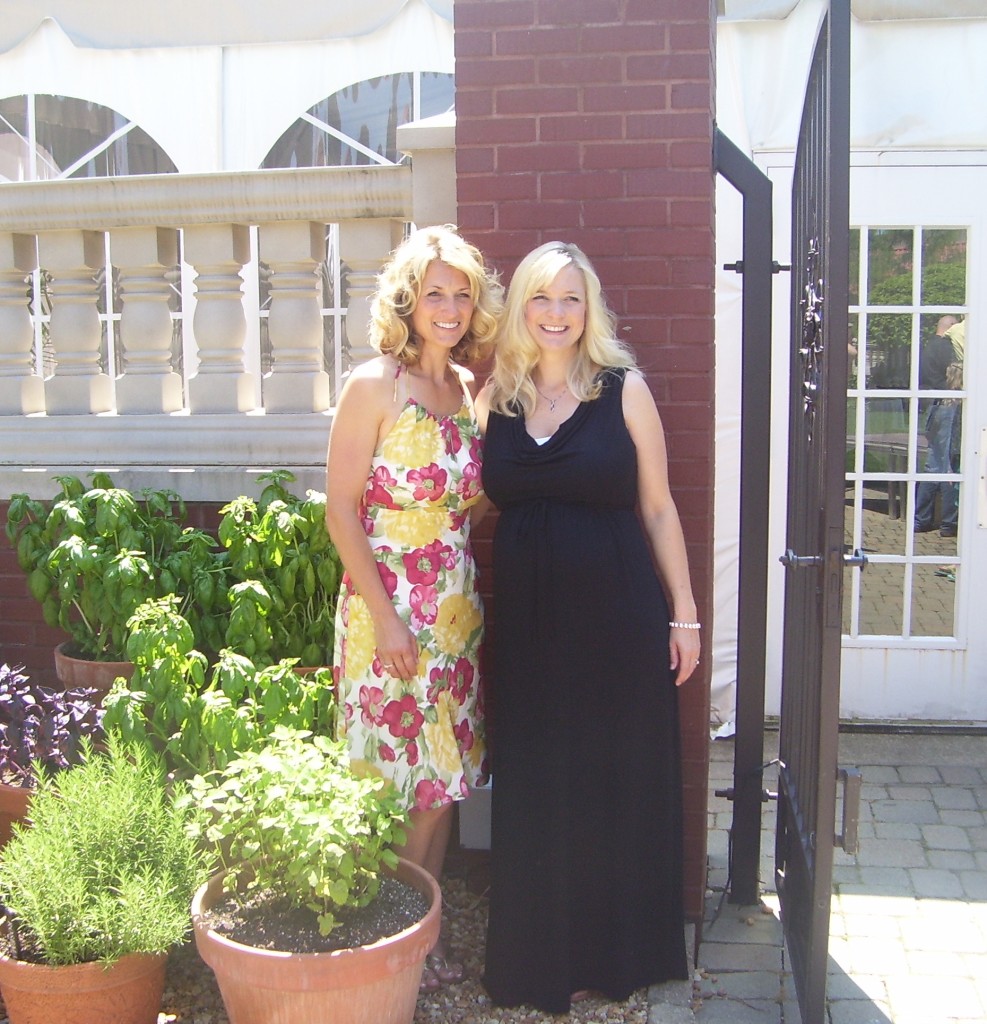 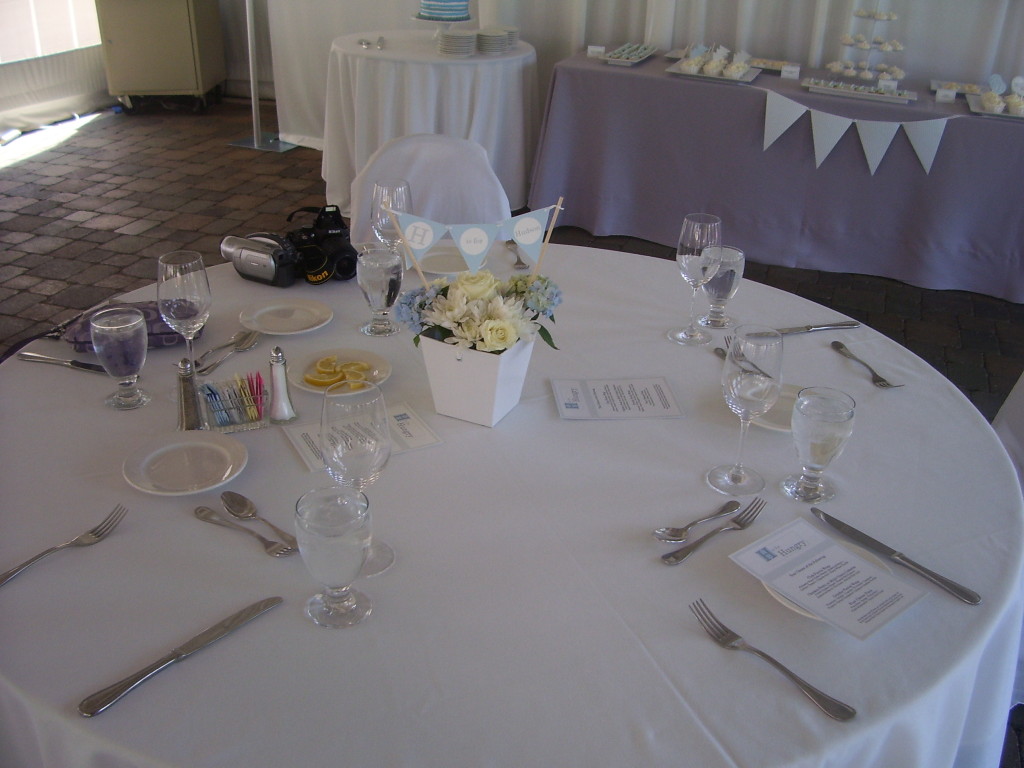 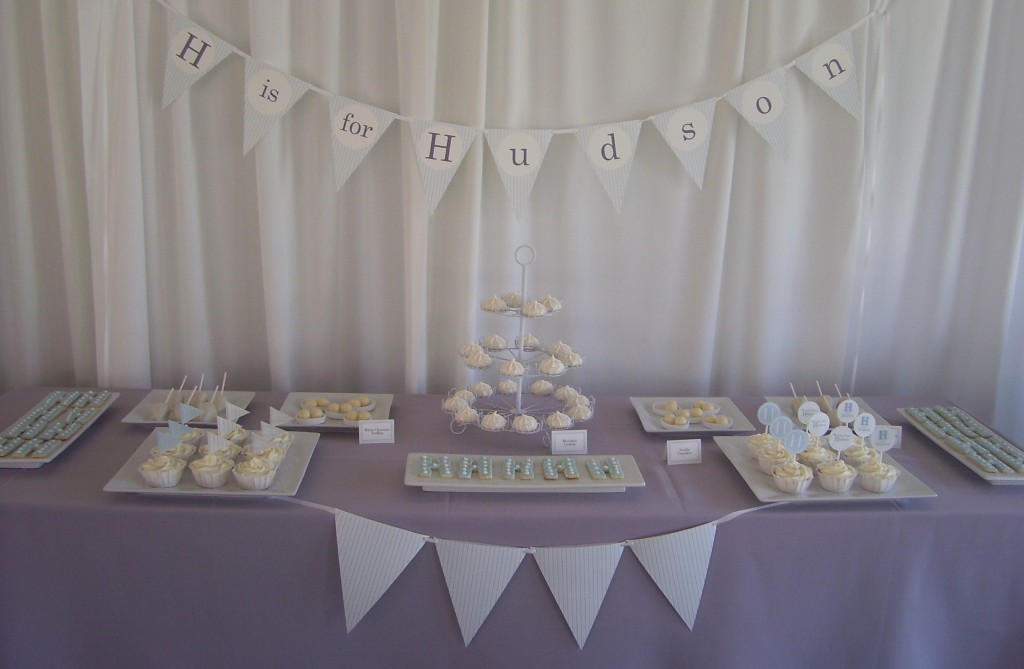 A “Sprinkle” in honor of my niece was beautiful with handmade decorations, great food, cloud cookies, and an umbrella cake. 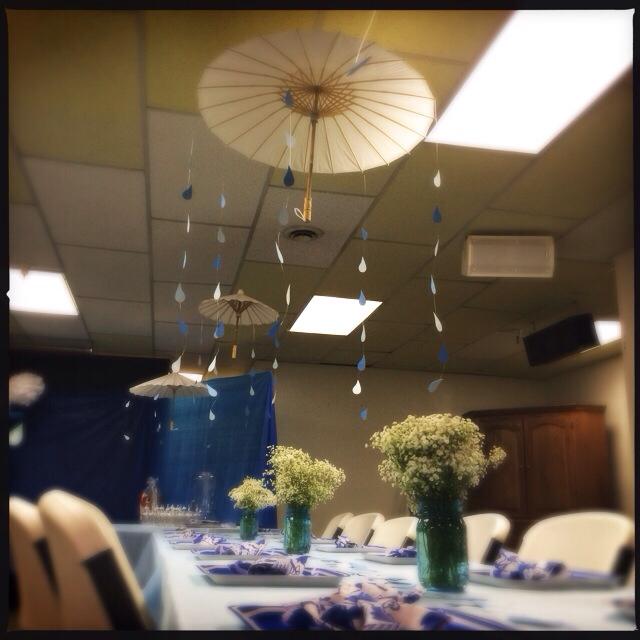 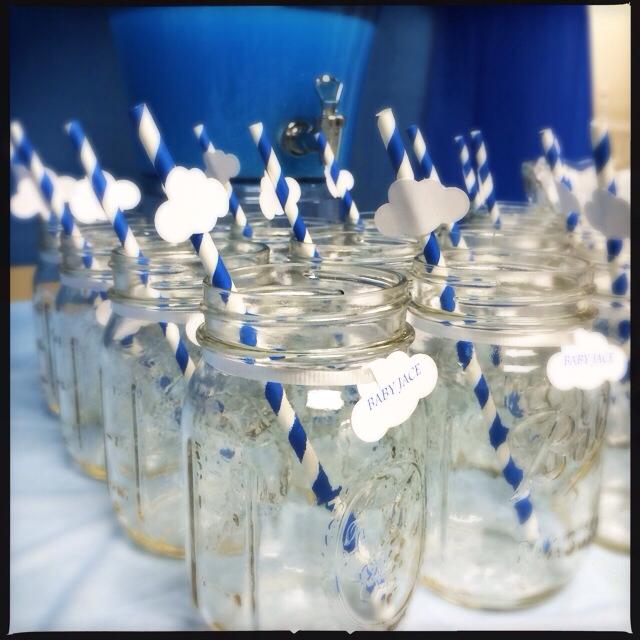 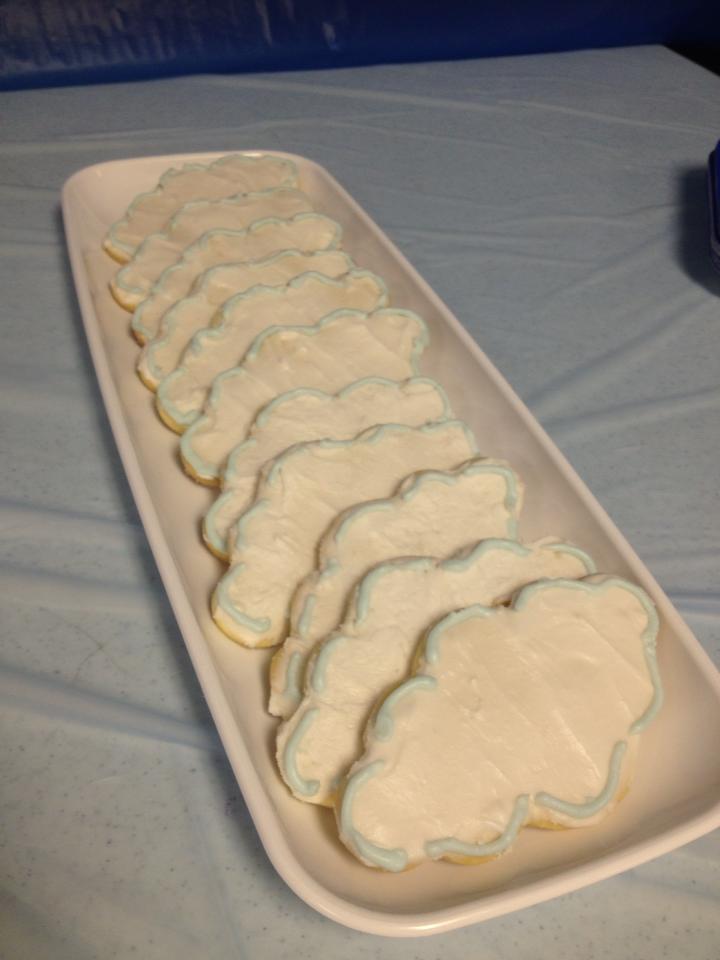 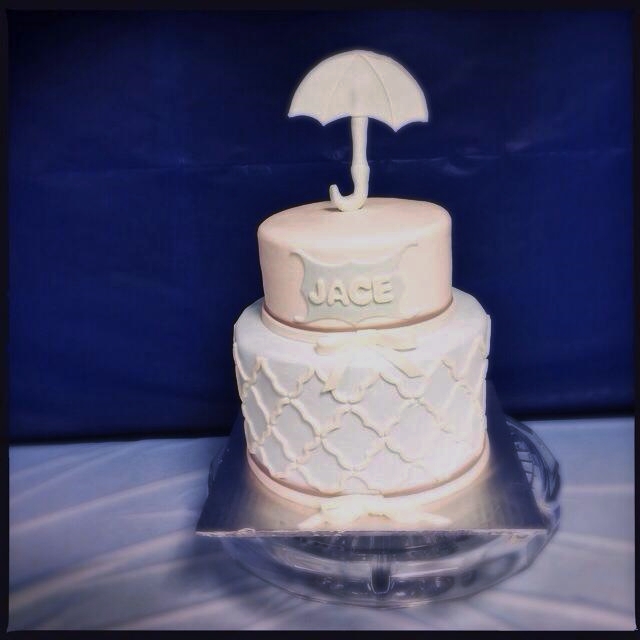 The most creative one I have recently attended has to be the one for another niece that was done as a Native American theme to honor her husband’s heritage.   The highlight of the day was to see the tee-pee he built for the shower. 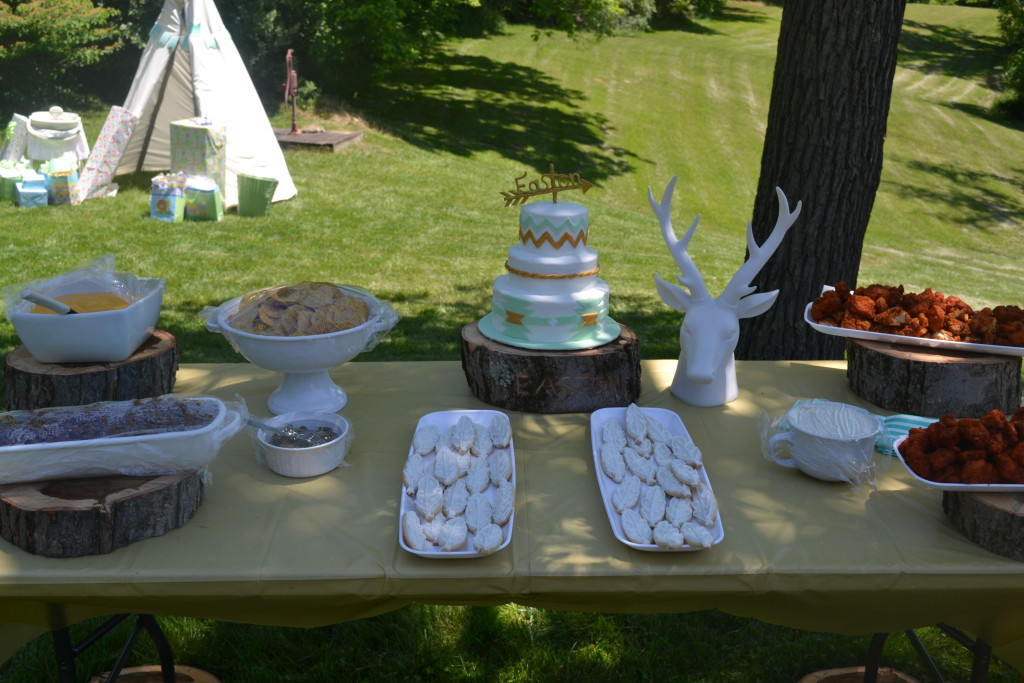 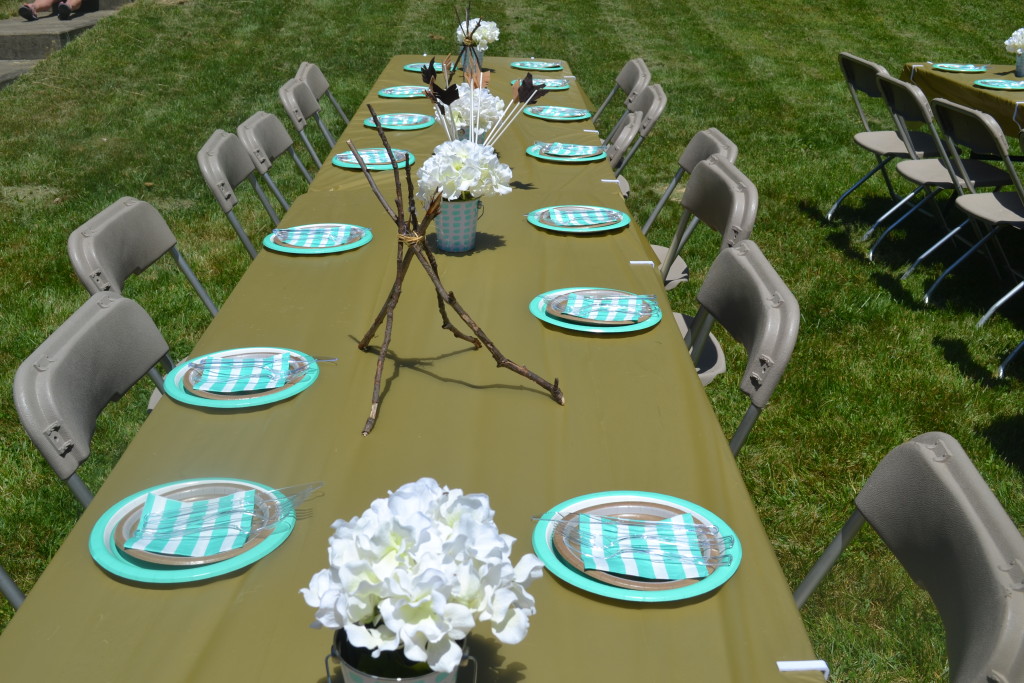 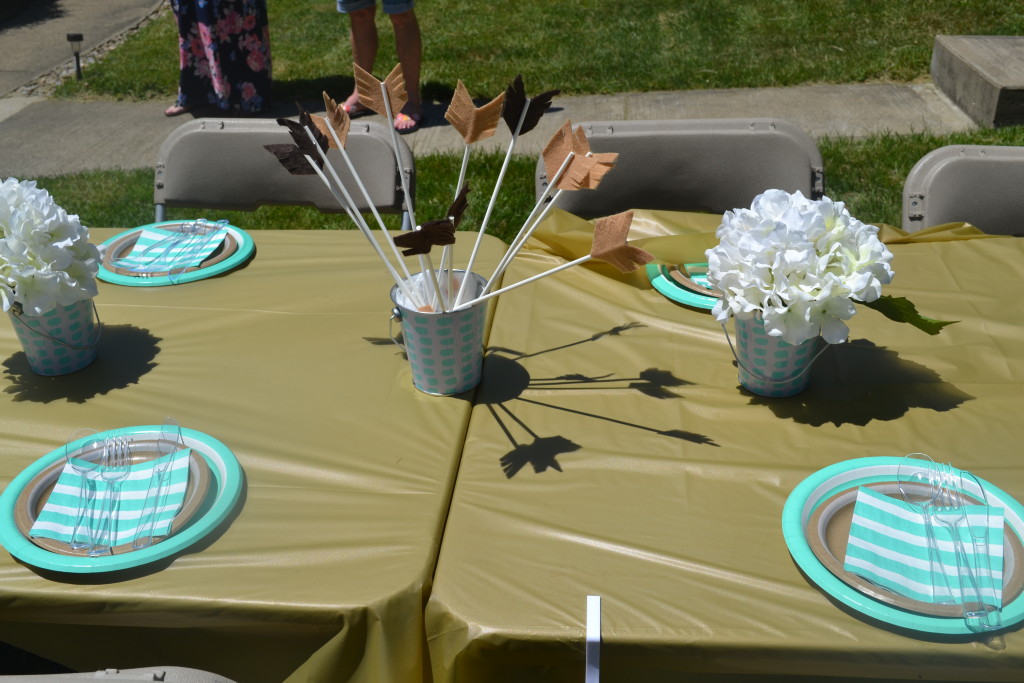 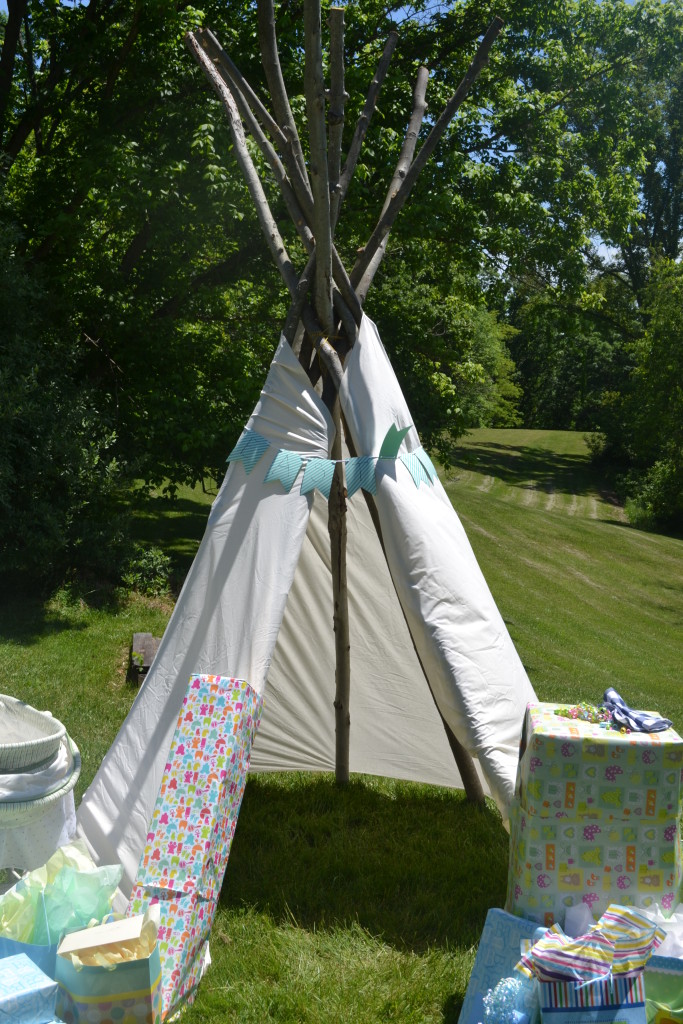 It is evident that baby showers have changed through the years and will continue to do so.   I always have so much fun at the ones I attend and continue to be amazed at the creativity of the hostess.