Cranberry-Orange-Cinnamon-Monkey Bread is a delicious and easy variation on the monkey bread we all know and love. 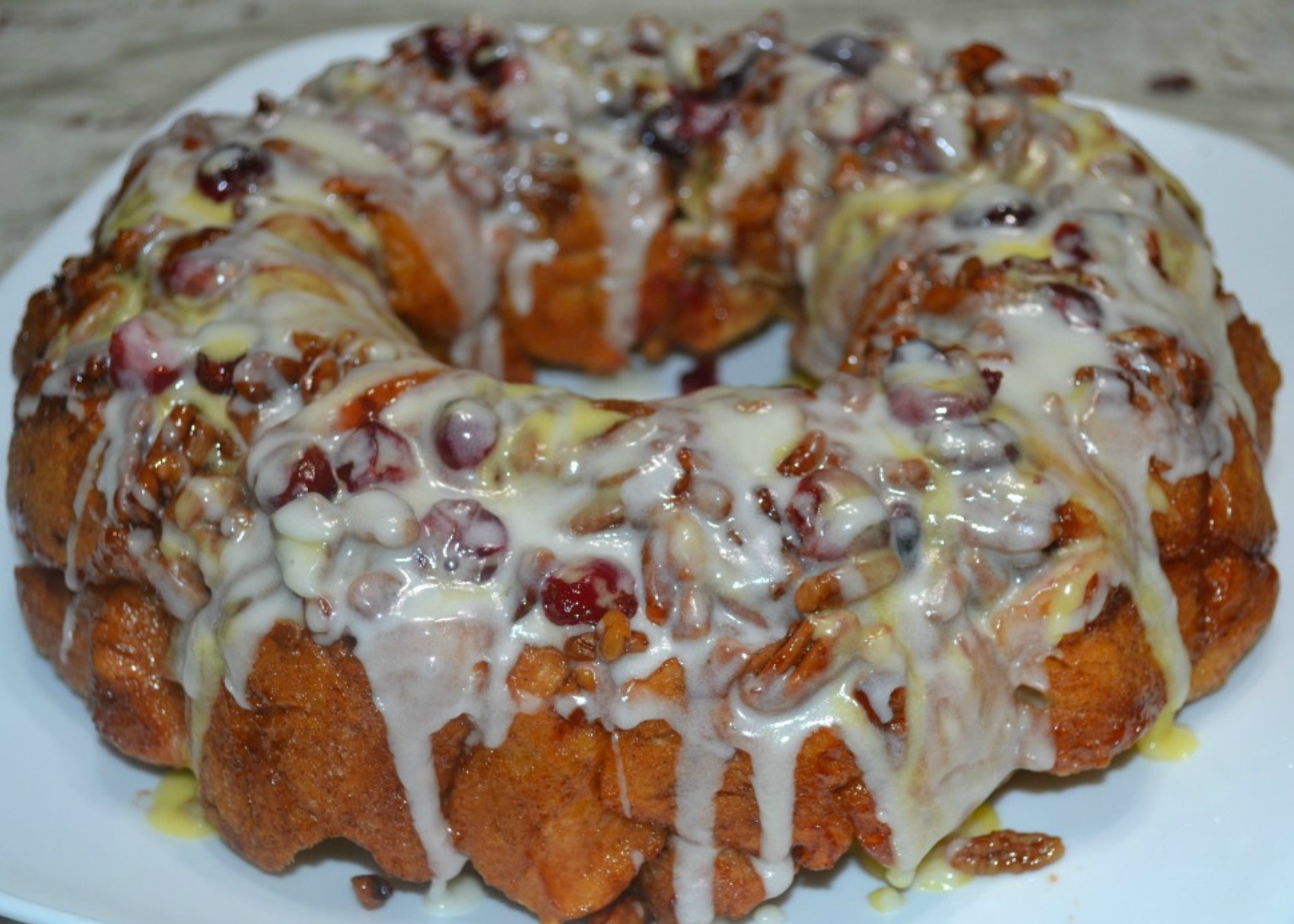 My grandchildren love to make monkey bread when they visit and over the years, we have tried a lot of variations to the original one made from refrigerated biscuits.  We have added blueberries, cranberries, raisins, and drizzled with different flavored glazes.

In 2008, one of my grand-daughters and I came up with a monkey bread recipe that earned me a trip to the Pillsbury Bake-off Contest in Dallas, Tx.  I won the Breakfast category which included $5000 and a new stove.
Mascarpone Filled Cranberry Walnut Rolls.

The monkey bread recipe above was created in my kitchen with some grandchildren and some Pillsbury refrigerated rolls.  I do not have step by step pictures because we just made it and then they took a picture of it.  I ran across this picture today and wanted to share it.

Spending time in your kitchen with your children and grandchildren is very rewarding in so many ways and they will always remember it.

Now, this monkey bread recipe is not what you would call low fat or healthy but it sure is good and very easy.  It is amazing what you can combine from your refrigerator and pantry.

I had a can of cinnamon rolls and a can of orange rolls, so that was how this all began.

Have fun with the children in the kitchen and let them get creative.

Other ideas for monkey bread can include savory fillings such as cooked sausage, cheeses, ham and chicken.