We had our first big snow today and all I could think about was making soup.  Sharing my Potato Ham Broccoli Cheddar Soup to take the chill off of a cold, cold day. 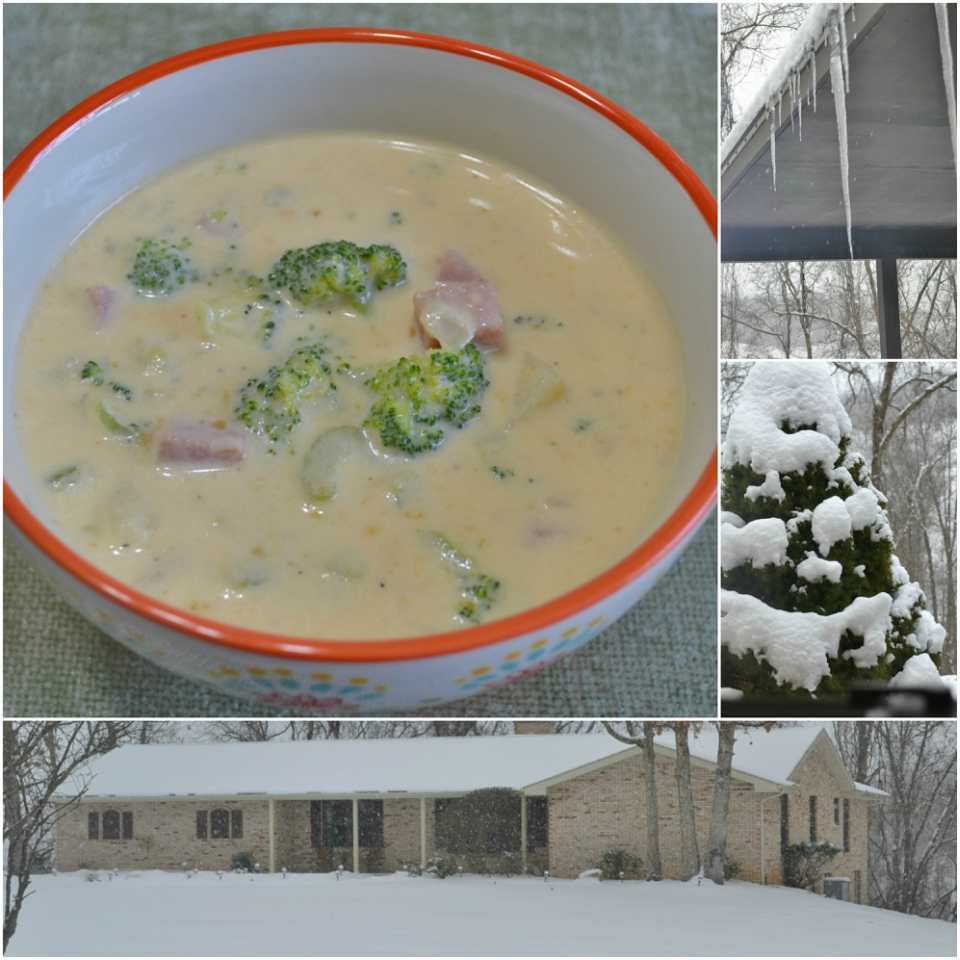 The temperature was 14 degrees with wind chill factor making it feel like 6 degrees.  I made a smaller recipe of Potato Ham Broccoli Cheddar Soup  since  my husband does not usually like soups that have cheese in them. 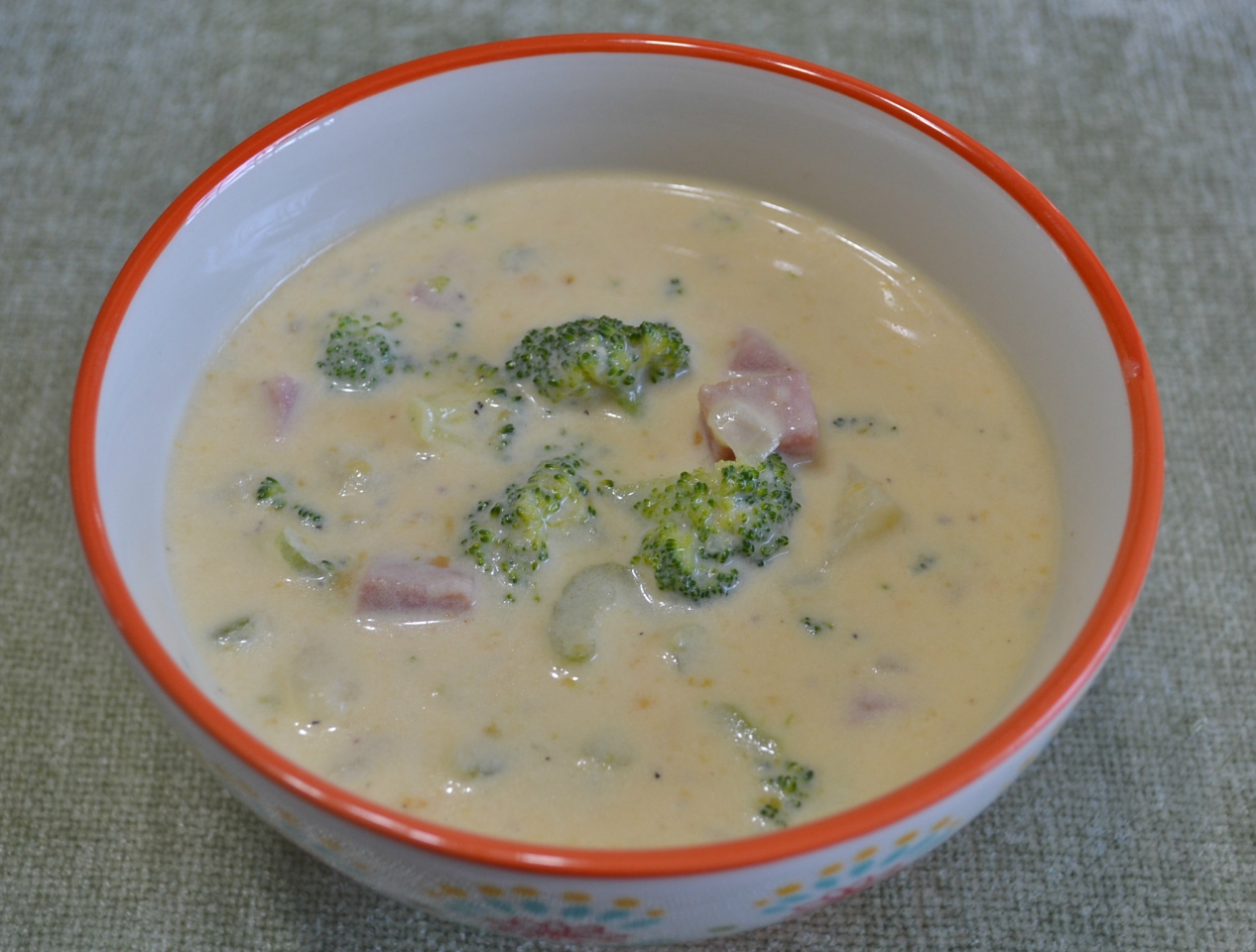 He agreed this one tasted delicious and was not too rich. 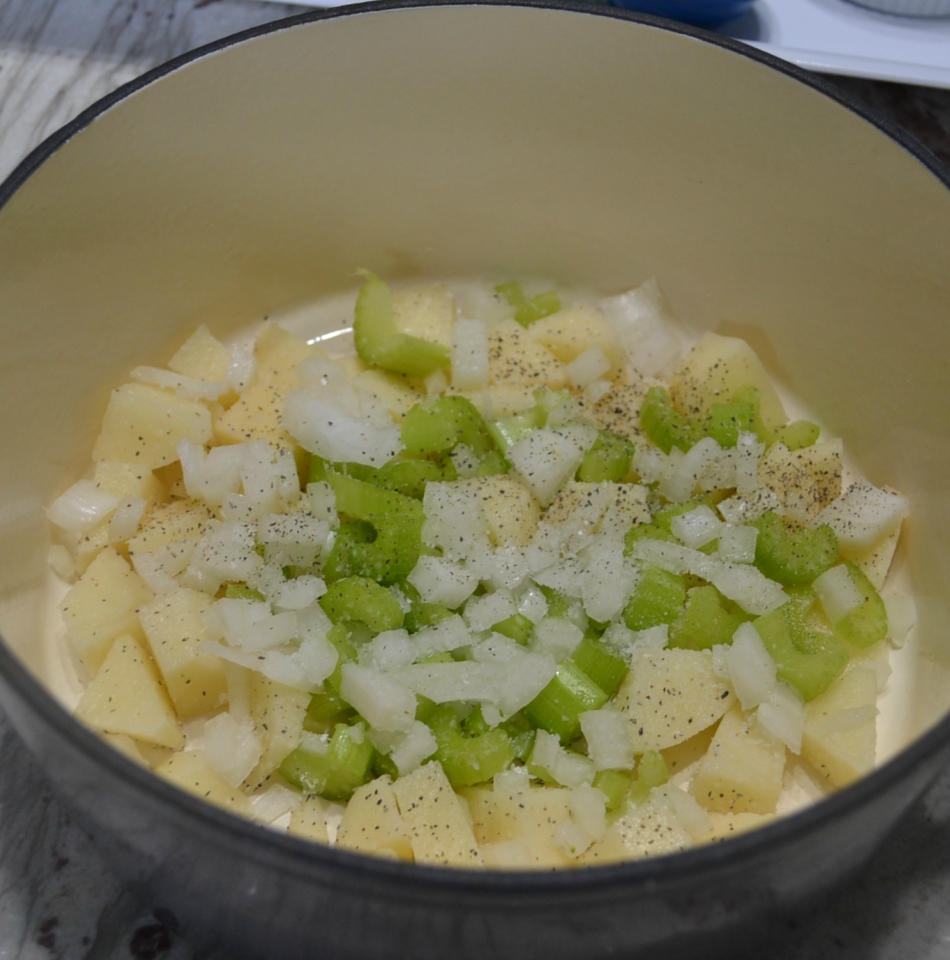 Place  potatoes, onions, and celery in a dutch oven.
Season with salt and pepper. Cover with water and cook until potatoes are  tender. 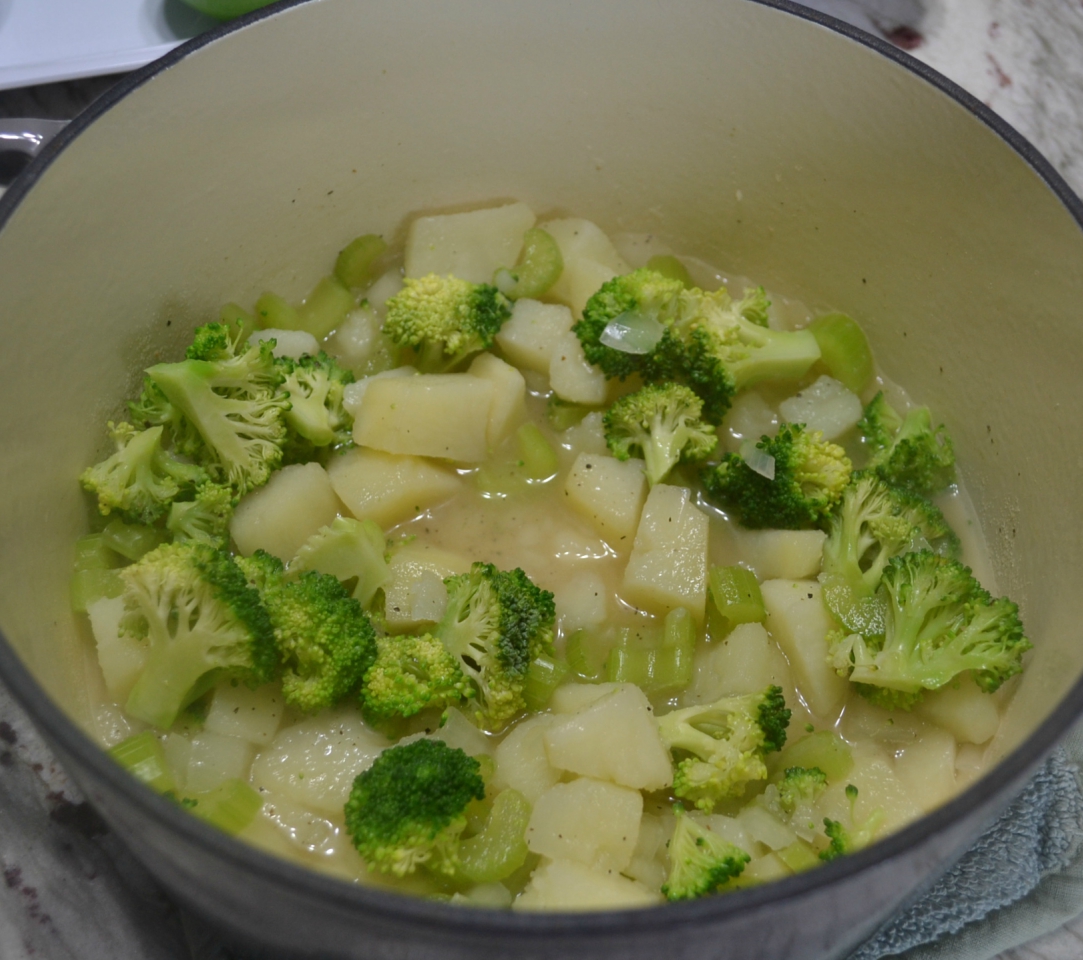 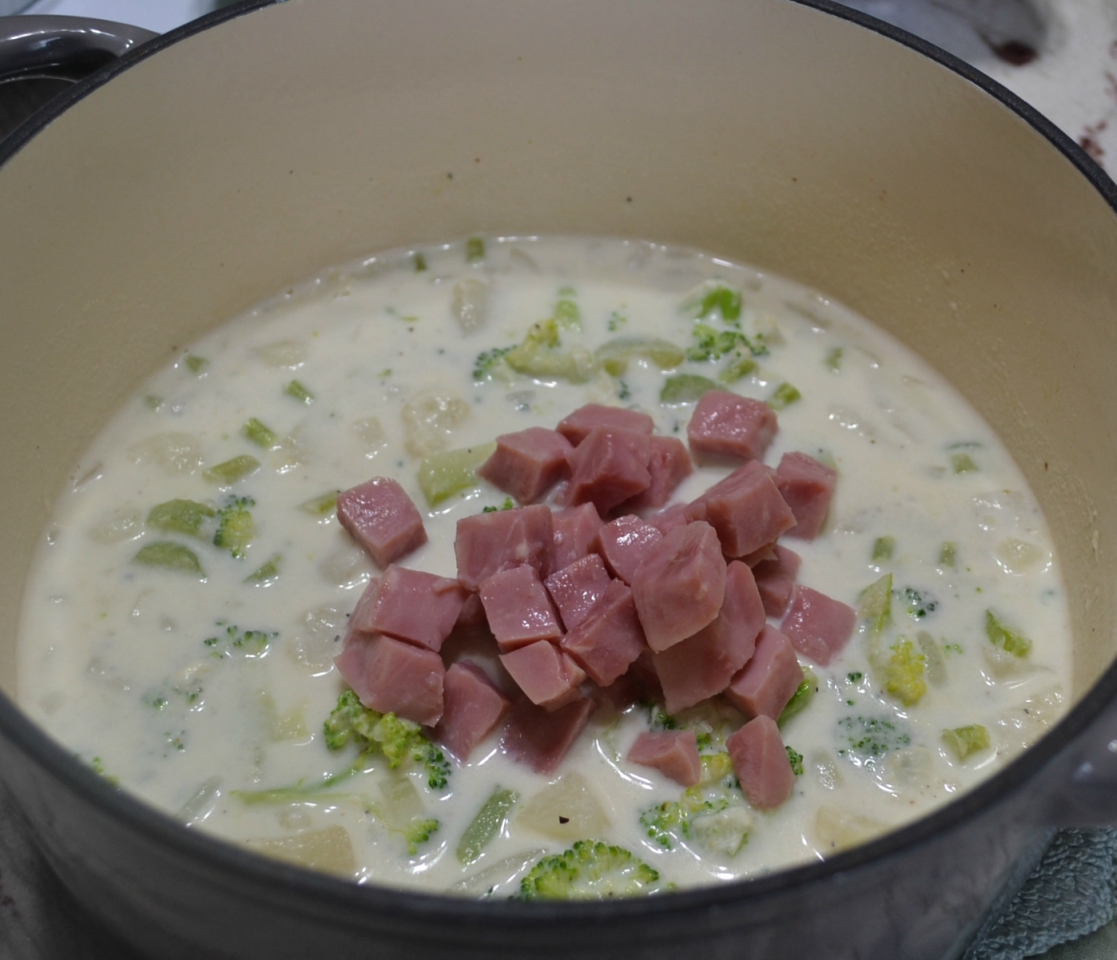 Stir in half and half and thickening.   Add ham. 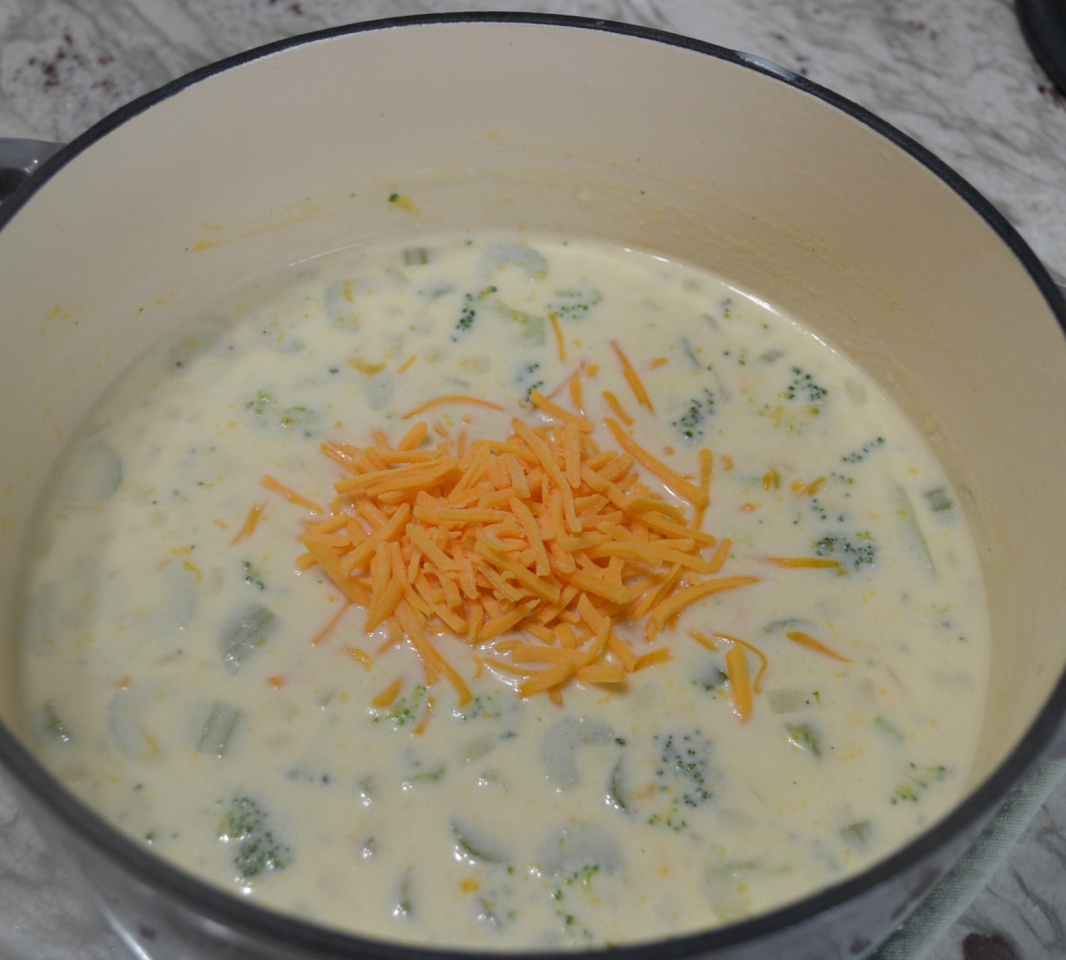 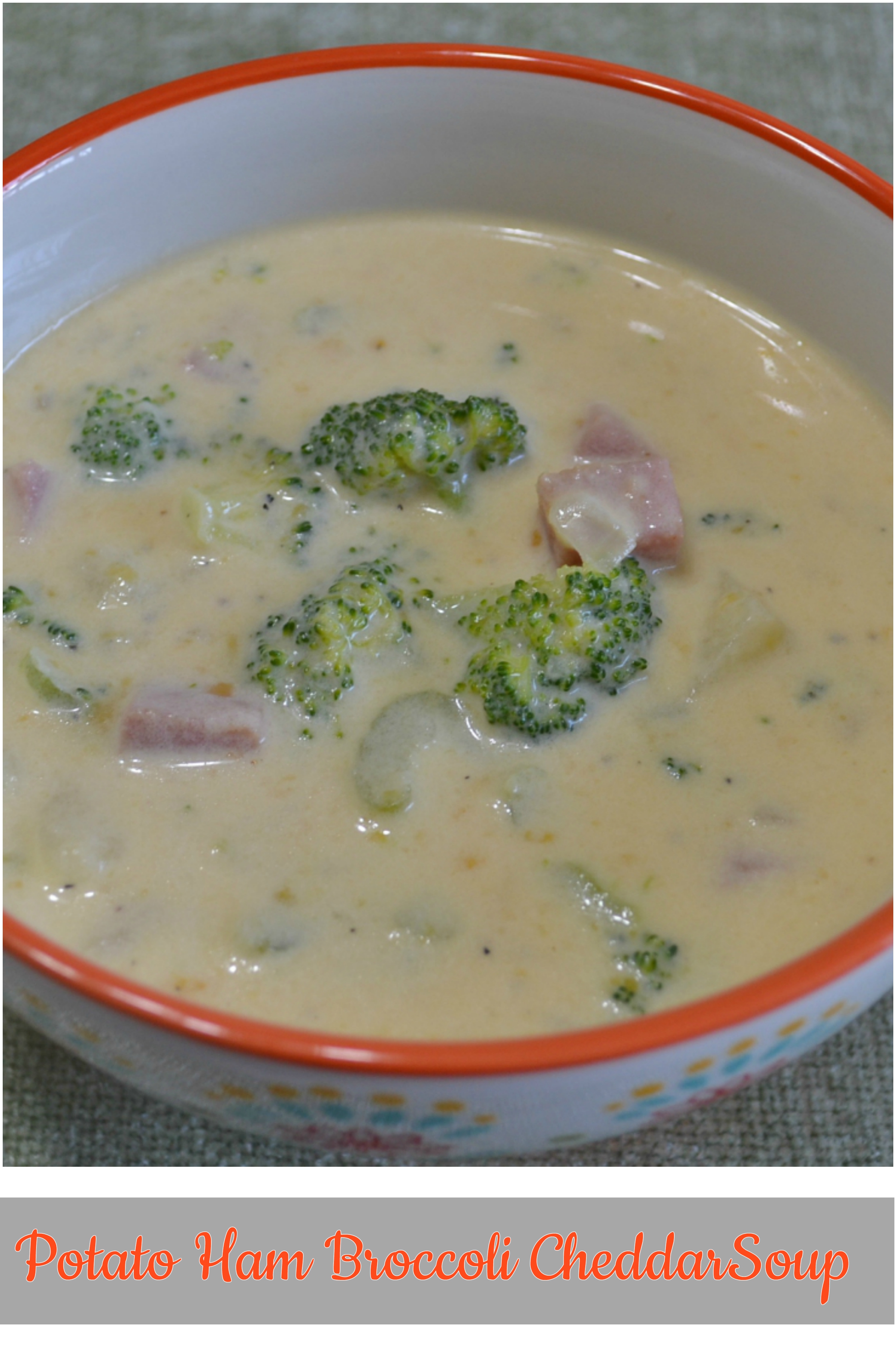