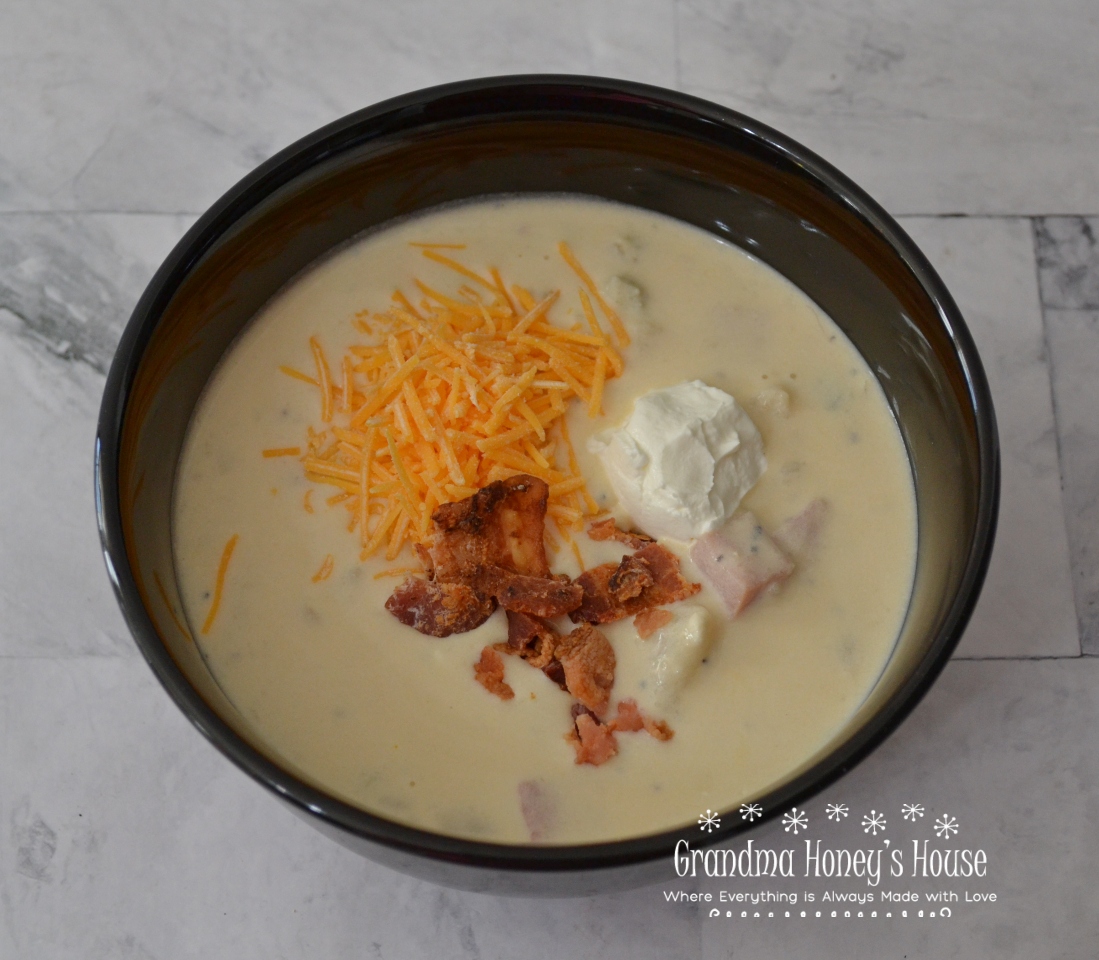 There is nothing more comforting than a big pot of warm Loaded Baked Potato Soup on a cool, fall or winter day.  I have always made big pots of soup for our large family. The leftovers are perfect for lunches the next day or two. 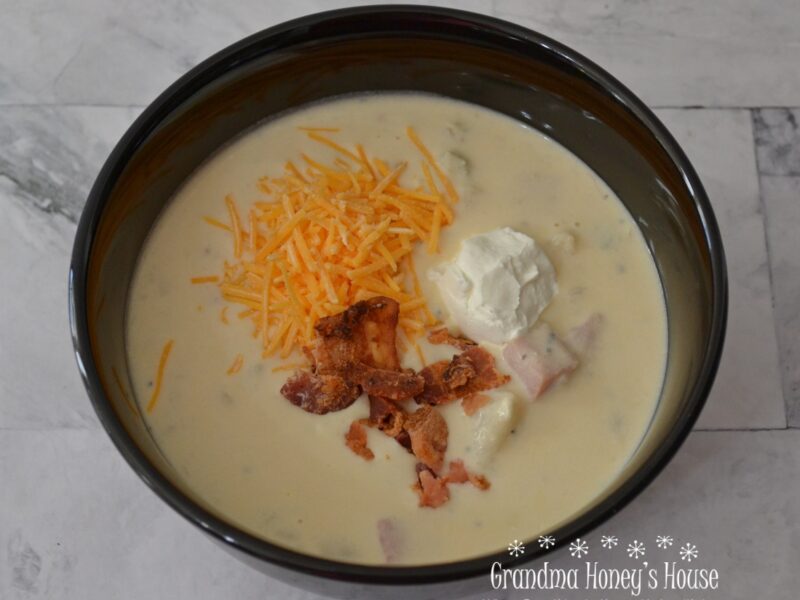 I make my soups in a large dutch oven.  I like to have plenty of room for all of the ingredients to blend well, they don’t  stick, and the foods cook more evenly in these pots.

First, prepare the baked potatoes. You may do them in the
oven, wrapped in foil, or use the microwave ready potatoes.  Cook potatoes until tender, cut in half, and allow to cool enough to handle. I scrape them out of the jackets, into a bowl, and season with salt, pepper and butter.

The Loaded Baked Potato Soup starts with bacon browned in a dutch oven. 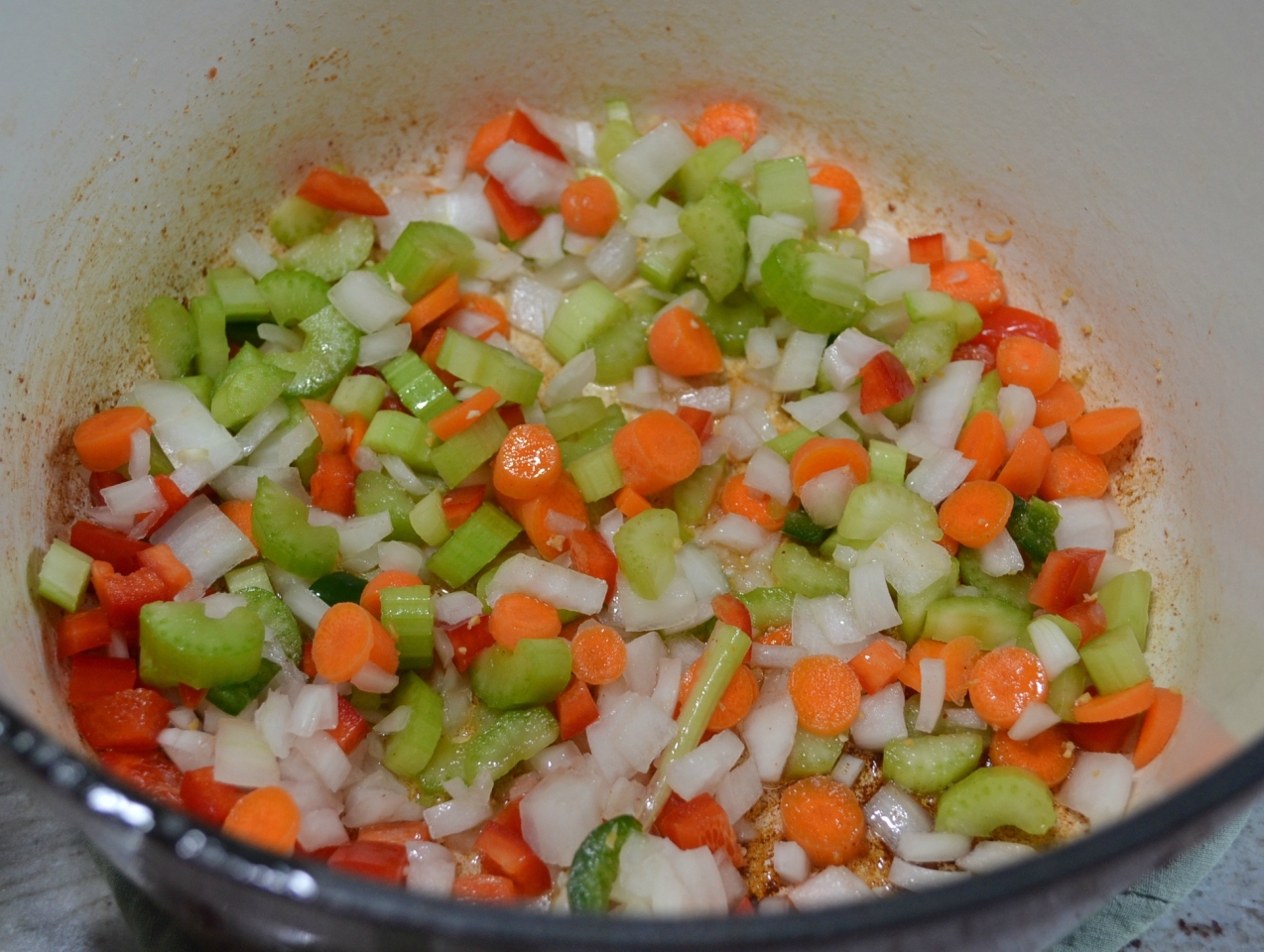 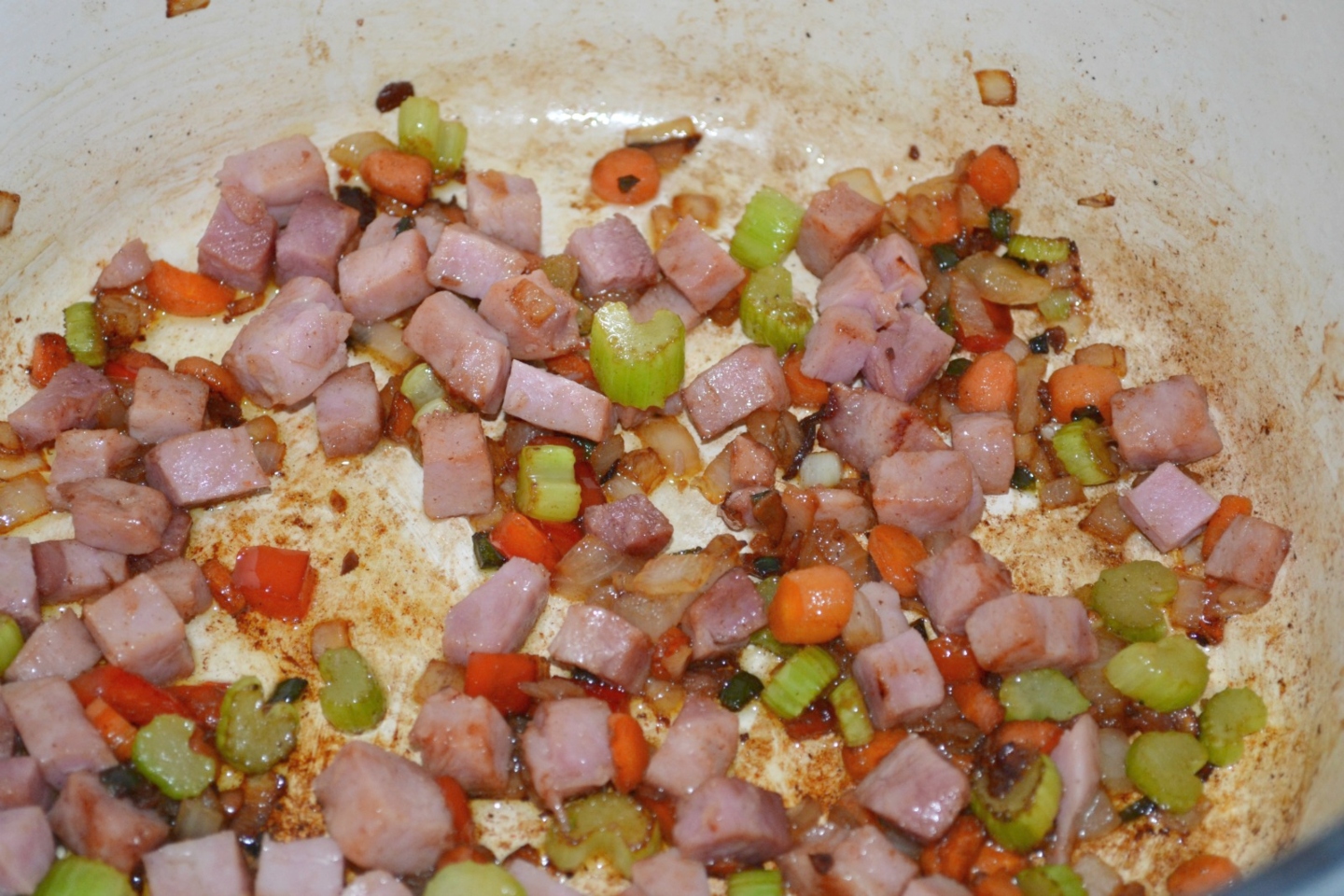 The bacon is removed and fresh veggies are sautéed in some of the bacon grease.

Stir in the chicken broth and half-and-half.  Carefully, fold in the potatoes. and ham.  Simmer on low 20 minutes,  stirring frequently. Turn off soup. 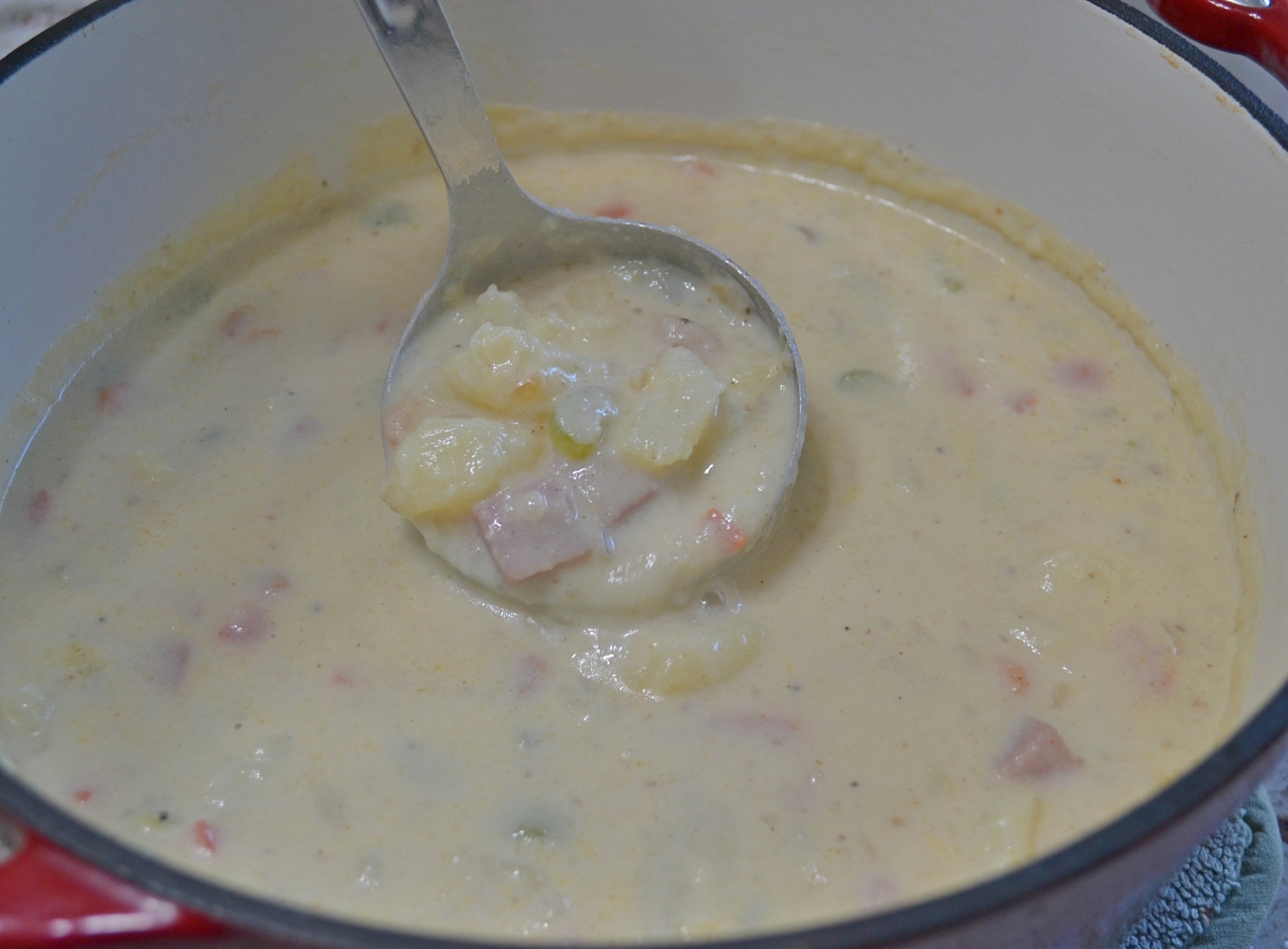 Remove from stove at this time to serve or re-warm later. 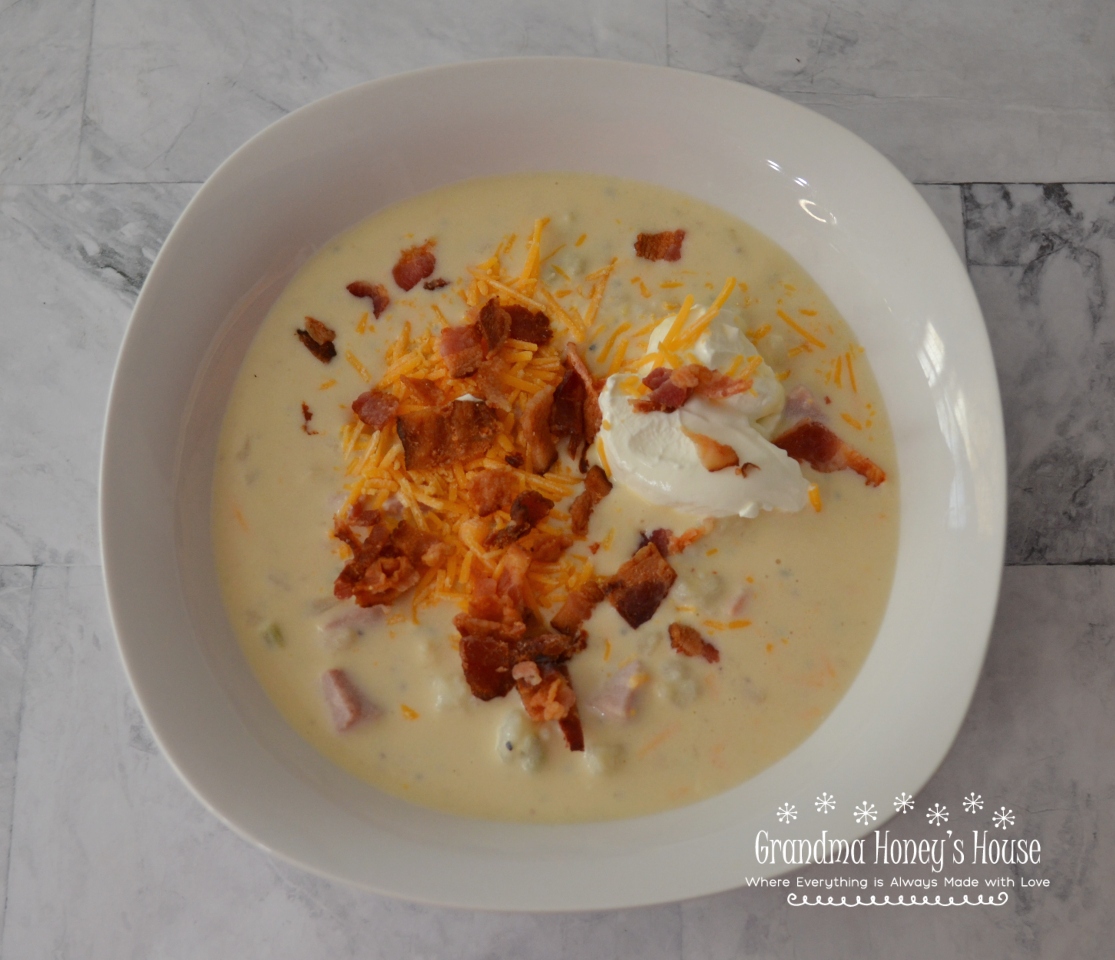 Serve with your choice of toppings such as the bacon, sour cream, shredded cheese, and green onions. 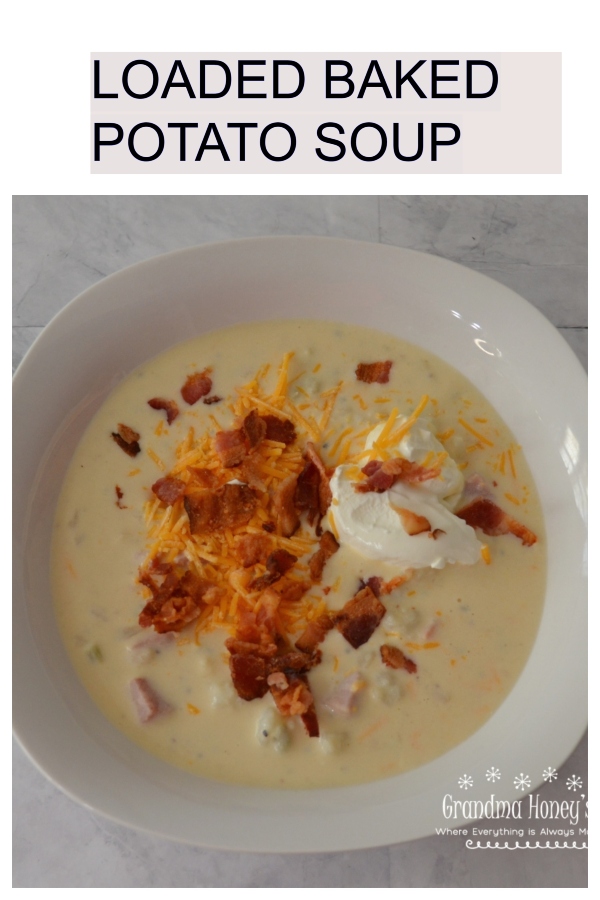